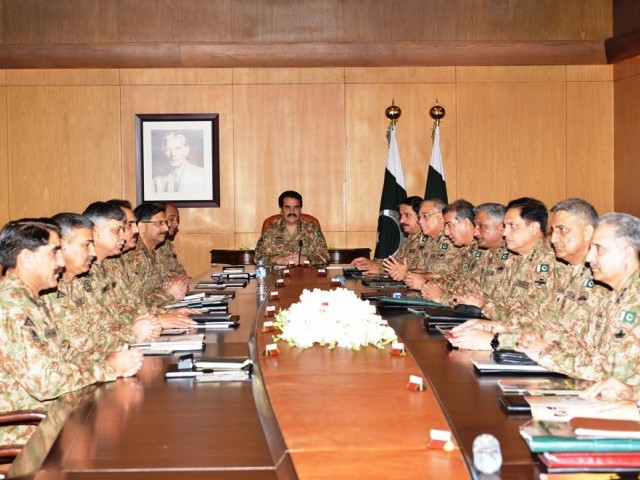 RAWALPINDI: Chief of Army Staff General Raheel Sharif on Wednesday expressed satisfaction over the progress in Zarb-e-Azb operation during the 175th Corps Commanders’ conference at General Headquarters in Rawalpindi.

Chairing the conference, General Raheel discussed matters of professional interest during the meeting. All the participants were given a detailed briefing on internal and external security situation of the country.

General Raheel also lauded the armed forces for successes achieved so far in the military operation.

The conference participants paid rich tributes to all the soldiers taking part in Zarb-e-Azb operation.