Claims that the report was a summar­y of recomm­endati­ons
By Our Correspondent
Published: September 24, 2014
Tweet Email 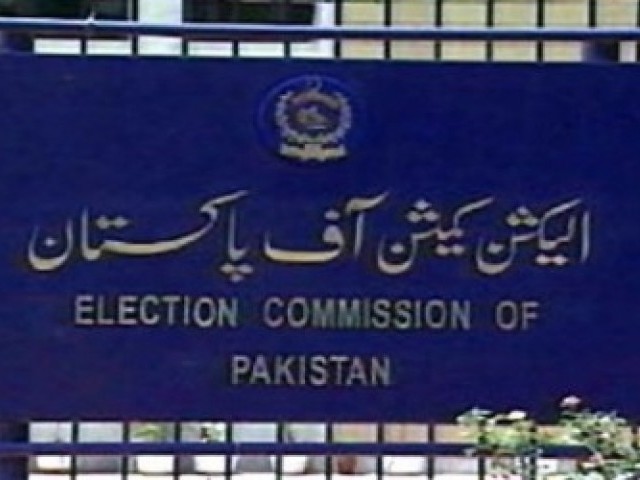 ISLAMABAD: A day after news media went berserk over the Post Election Review Report, the Election Commission of Pakistan (ECP) disowned it, claiming that it was a mere summary of recommendations from various stakeholders.

Without naming any organisation,  the ECP  in an official handout, criticised different ‘quarters’ for what it called creating a furor on daily basis to mislead and confuse the nation.

“The ECP clarifies that the Post-Election Review Report 2013 being commented upon is not the Election Commission’s Report on General Election 2013, but it is a summary of the recommendations received from various stakeholders including international observers, domestic observers and feedback provided by district returning officers, returning officers, presiding officers, polling officials, security officials, general public including male, female, youth, persons with disabilities and minorities.

“The purpose behind preparation of this report is to identify areas requiring further improvement based on lessons learnt during 2013 general elections,” the ECP said in its clarification note.

Compiled by a committee headed by Additional Director General ECP as chairman Syed Sher Afgan, the panel comprised a total of 16 members. Among the committee were eight ECP officials, three UNDP representatives and five IFES officials whose names and portfolios have been clearly mentioned in the report.