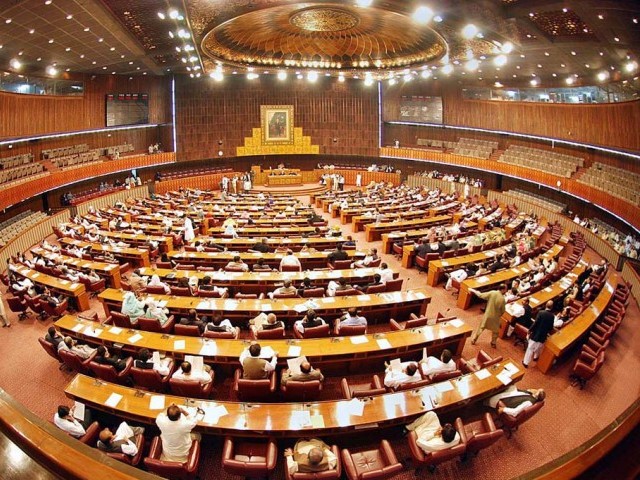 A view of the National Assembly. PHOTO: APP

Sadiq has written a letter to PTI leaders Shah Mehmood Qureshi, Asad Umar, Arif Alvi, Shireen Mazari, Ali Muhammad and Munazza Hassan to appear before him to verify the signatures on their resignation letters.

This step is taken before resignations from the National Assembly are accepted, unless the lawmaker hands in the resignation to the speaker himself.

On September 5, PTI president Javed Hashmi’s resignation was accepted by the NA speaker as he had submitted the resignation in person. On September 2 while addressing the joint session of Parliament after a fiery speech, Hashmi handed his resignation to Sadiq.

However, other PTI leaders did not do the same when they attended the session and as a result have to verify their letters.

Smuggled turtles released into the wild