Depression: The enemy within

Depression: The enemy within 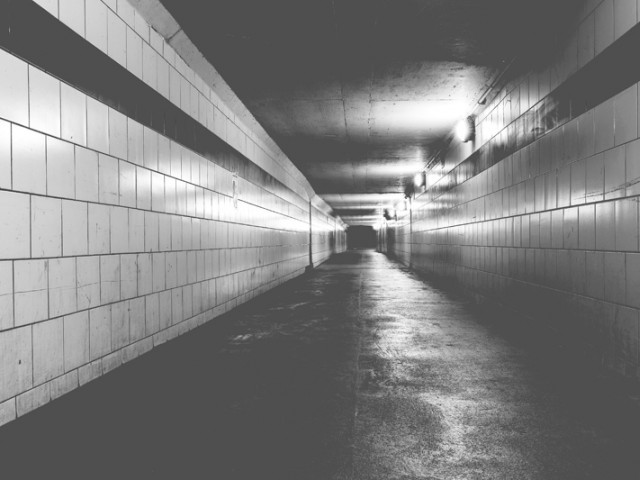 The difference between feeling down and being depressed is that one is a fleeting feeling while the other is a constant battle with the inner self . DESIGN BY OMER ASIM

A common reaction to feeling blue is equating it to depression. What most people fail to realise, however, is that by doing so one ends up trivialising one of the most debilitating mental diseases in the world, which recently claimed the life of legendary comedian Robin Williams as well. Often brushed aside as a cry for attention, depression is a silent disease that affects millions around the globe. And only those who suffer from it can articulate the darkness of battling with this lingering sinking feeling that cripples one emotionally and physically.

Depression — a neurological condition, associated with dysfunction of specific brain regions — is more complex than a medically defined ‘chemical imbalance’. It is a feeling of overwhelming sadness, including negative feelings, fatalistic attitudes, insomnia, loss of appetite (in some cases an increased appetite), mania and low self-esteem, that lasts for an uninterrupted two weeks. The trigger factors may range from faulty mood regulation by the brain, genetic vulnerability, stressful life events (such as the death of a loved one, divorce or loss of job) and neglect or social isolation. These causes are mostly ambiguous and unpredictable, explains Dr Jasmyn R Khawaja, a psychiatrist at Therapy Works. “It can be more devastating than any kind of grief one may experience during bereavement,” she remarks.

For 55-year-old Taimoor Khan*, who has been struggling with depression after the loss of his child, the condition has translated into a chronic pain. “Every inch of my body is in agonising pain, from my hair follicles all the way down to the bones in my feet,” he says. It is almost as if a hundred burning matchsticks have been pressed against my skin, he describes. During a TED talk, Andrew Solomon, a writer on psychology and culture, spoke about the physical symptoms of depression while narrating his own battle with the disease. They include headaches, chest pain, muscle ache and back pain. Khan found it difficult to even get out of bed due to exhaustion and fatigue, and when he fell asleep, it would haunt him in the form of nightmares. “I would wake up (feeling) as if my heart (was being ripped) out of my chest,” he shares.

It hurts even more when you know what you are going through but you cannot help yourself, explains Bilal Jabbar*, a student who has undergone prolonged treatment for depression after his 11-year-old brother drowned in a pool when he was still a teenager. Initially he went from one doctor to another, but nobody could come up with a plausible diagnosis. “Ultimately, they prescribed me medication that altered my mood,” he says, adding that the medication only helped him for a short while. While preferable treatment options for patients include antidepressant medication or psychotherapy, such as cognitive behaviour therapy, interpersonal psychotherapy or problem-solving treatment, it is crucial that they are provided with basic psychological support from family and friends at home. Fortunately, Jabbar had an understanding family that took him for therapy regularly and stood by him through every step of the way. “My dependency on my parents and approval from my friends meant the world to me,” he says.

Although Jabbar blames himself even today for not being able to rescue his brother, his depression has been addressed to a certain extent. While the disease cannot be cured completely, with patients suffering from long-term major depressive disorder running an increased risk of death, it is very much treatable if detected at an early stage. “Even if you are not diagnosed with depression, chances are that you are undergoing some kind of emotional distress for which therapy can be helpful,” says Dr Khawaja, adding that the right form of help is essential for a healthy recovery. When 27-year-old Vania Malik’s* engagement was called off, she suffered from a deep spell of depression which lasted for two years. Her symptoms surfaced in the form of a deep resentment, especially towards men, and she even lost her appetite. But her family took this to be a ‘normal’ reaction after a breakup. “What caused me more pain was the lack of understanding from people close to me,” she says, adding that the only solution her family could come up with was to get her settled down as soon as possible. Eventually, Malik sought professional help while staying with her sister in London and attended counselling sessions with a psychiatrist twice a week for six months. During this period she was prescribed mood-altering medication and the dosage was lowered as she showed signs of progress. “I didn’t take any off-the-counter drugs as I see people do in Pakistan. I found my therapist to be someone I could connect to,” she says, adding that three years later, she has found love once again. But deep down, Malik still feels insecure, “what if somewhere along the line, he too leaves me?”

Clinical depression can take several months to diagnose, but the first step towards treatment is to acknowledge that depression is a problem. According to Dr Sharmeen Khan, a private-practicing psychologist, if depression goes unchecked, the symptoms may disappear temporarily, only to return at a later stage in life. “It all depends on a person’s resilience and their coping strategies,” she says. Thirty-four-year-old Natalia Ahmed* was only 10 when her grandfather passed away. She grieved for him briefly then, but as she grew older, she felt his absence more and more. “In my teens, like everyone else, I had hormonal changes but that ache that I had suppressed became stronger and manifested itself in the form of anger and rebellion,” recalls Ahmed. As a consequence, she started smoking and taking off-the-counter relaxants and in her early 20s resorted to substance abuse. It was only after her relapse that her parents rushed her to a hospital and she was eventually diagnosed with depression. Along with psychotherapy, her treatment included hypnosis which is suggested to help retrieve positive experiences from one’s past and develop coping skills. While many may have dismissed Ahmed’s unruly behaviour as ‘attention-seeking’, it was an overlooked cry for help. Early intervention is therefore important as childhood depression has damaging effects in the long-run. For example, Alayna* suffered from several anxiety attacks when there were no visible signs of worry in her life. Upon probing, it was revealed that it was the long-dormant sadness over her parents’ divorce that had finally surfaced and was causing her pain. “Real depression isn’t being sad when there’s been a turn of events in your life, it is more like being sad when everything is alright and you just can’t control your thoughts,” she says.

No amount of wealth, success or fame can prevent depression, says Dr Khawaja. “People who have suffered need to speak up about it… We need awareness, support and acceptance (in Pakistan),” she urges. Despite efficacious and cost-effective treatment options for depression, including self-help options such as regular exercise and a healthy diet to keep depression at bay, social stigma continues to be a strong barrier to care in Pakistan. Patients feel isolated and are even reluctant to confide even in their therapists, making suicide prediction and prevention almost impossible.

To tell someone suffering from depression to stop being depressed is even worse than burying the matter or turning a deaf ear towards it. It only pushes them deeper into a state of self-loathing. If someone has built the courage to share their innermost fears, the least you can offer them is assurance that they can be helped. Buzz Aldrin, an American astronaut who flew to the moon in 1969, suffered from depression and alcoholism. He worked his way through, and even served as chairman of the National Mental Health Association. Angelina Jolie, who went on to become an Academy Award-winning actress and globe trotting UN Goodwill Ambassador, suffered from bouts of depression throughout her teens and early 20s, especially after her mother passed away in 2007. Joanne Rowling, writer of the famous Harry Potter series, was depressed and suicidal in her 20s after her divorce but managed to rise above it and contribute to the literary world in a huge way. In an interview in 1995, Princess Diana revealed shocking details of postpartum depression, bulimia and self-inflicted injuries. • Persistent depressive disorder — Formerly known as chronic depression, or dysthymia, it is characterised by a long-term (two years or more) depressed mood.

• Manic depression — It is a complex mood disorder that alternates between periods of clinical depression and times of extreme elation or mania.

• Postpartum depression — It is a severe form of depression that is experienced by women after having a baby.

• Premenstrual dysphoric disorder — The symptoms of depression occur one week before the menstrual period and disappear after menstruation.

• Seasonal affective disorder — It often occurs during the fall-winter season, due to lack of sunlight, and disappears afterwards.

If you do not get the required support from friends and family at home, dial the following numbers and get the help you need.

Zara Hafeez is a strategic marketer by profession. She tweets @zara_hafeez

Al-Fahidi Fort: Sifting through Dubai’s past