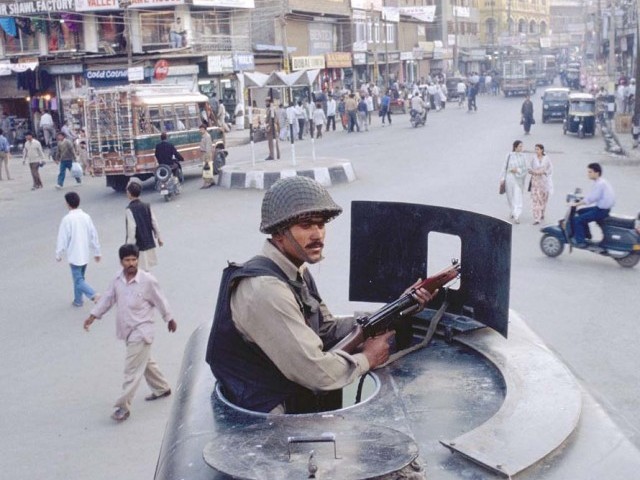 MUZAFFARABAD: US President Barack Obama’s support for a permanent seat for India on the United Nations Security Council (UNSC) and his terming the Kashmir issue a bilateral matter between Pakistan and India left Kashmiris disappointed, as they had hoped for US mediation on the dispute during his India visit.

It came as a shock to many leaders of political and religious parties and to common Kashmiris after Obama declared during his address to the Indian parliament that the US would not only back India’s bid (for securing a permanent seat in the UNSC) but also propose a restructuring of the council.

They questioned how a country, which had violated security council resolutions on Kashmir several times, could contest a permanent seat at the same council.

“We were hoping for a balancing act from Obama but his address to the Indian parliament left Kashmiris disappointed. On the one hand, Obama talked about democracy and civil rights but on the other he backed India, which has been grossly violating human rights in Jammu and Kashmir and killing innocent Kashmiris struggling to seek their UN-granted right to self-determination,” senior leader of Pakistan Muslim League (N) AJK and former speaker Shah Ghulam Qadir told The Express Tribune.

Jammu Kashmir Liberation Front (JKLF) which struggles for the independence of Kashmir from both India and Pakistan, termed the US support for India a licence to kill innocent Kashmiris.

“We don’t think that the US will support the freedom movement of Kashmiris, especially when the track record shows that America hasn’t backed freedom struggles in the world in the recent past,” reacted spokesperson of Jammu and Kashmir Liberation Front Dr Toqeer Gillani. He said America is not a freedom-giver, in fact, it is a freedom usurper and the aim of Obama’s visit was to pat India on the back and let it continue what it has been doing in Kashmir.”

“I think the US president’s visit to India is harmful for Kashmiris as India will step up its repression after US support,” he added.

Common Kashmiris on both sides of the divide believe that US will never compromise on its economic interests for the cause of Kashmir, keeping in view the huge Indian market.

Ironically, a week before he was elected in 2008, President Obama said that solving the dispute over Kashmir’s struggle for self-determination — which has led to three wars between India and Pakistan since 1947 — would be among one of his “critical tasks”. Back then, his remarks were greeted with consternation in India and he has said almost nothing about Kashmir since then.

Gilani to visit Kabul for talks