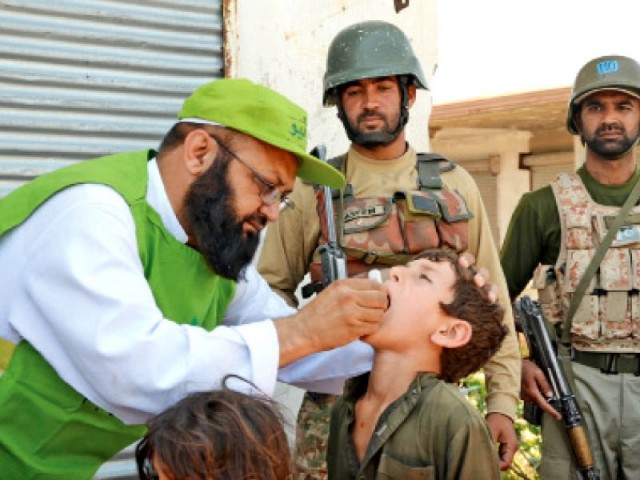 The drive was supposed to take place in Quetta, Pishin. PHOTO: EXPRESS

QUETTA: Despite the first reported case of polio in over a year in Balochistan surfacing last month, the government has been forced to postpone its immunisation drive in parts of the crisis hit province since it cannot provide security.

A three day anti-polio drive scheduled for Quetta and Pishin from August 11 to August 13 has been postponed.

“There are no security personnel available for polio teams during the campaign which is why it has been postponed,” a UNICEF official announced.

The immunization drive is now expected to start by August 18,2014.