Hillar­y Clinto­n narrat­es the hard choice­s she had to make as US Secret­ary of State with tad too much ease.
By Neha Ansari
Published: August 10, 2014
Tweet Email 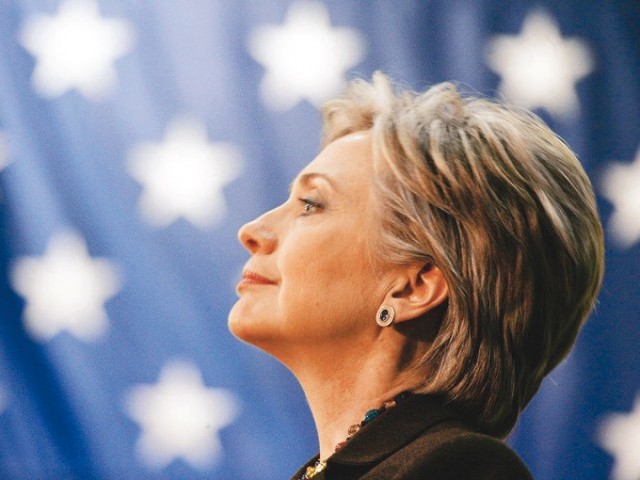 The American press usually uses the word ‘polarising’ to describe Hillary Rodham Clinton — people either love her or hate her. The conservatives think she’s cold and calculating. Even during her campaign for the Democratic Party presidential primary against now US President Barack Obama, she was deemed ‘power-hungry’ and ‘ruthless’.

In her memoir Hard Choices, however, Clinton is not reserved, defensive or haughty. The diction and voice of the book was expected to be stern, formal — and boring. But it isn’t. Hillary Clinton, with simple language and an insouciant tone, earnestly narrates her time as the US Secretary of State. And it is surprisingly filled with quips and references to popular television shows such as The West Wing and Mad Men.

Another surprise is that the title and the theme of the entire book refer to the hard choices she made during her stint as Secretary of State and nothing about her personal life, which she artfully tucks away even while divulging the most vital and previously hidden diplomatic incident or anecdote. Of course, many of the hard choices she describes are personal conflicts and deliberations, but even those were related to her profession and work. The only times she recounts something personal is the beginning of her life with husband Bill Clinton in the four-page ‘Author’s Note’ and her daughter Chelsea’s wedding, which she helped plan while she was Secretary of State.

Chronologically, the book begins with the hard choice that leads to rest of the pages: the choice of taking up Obama’s offer to make Clinton his top diplomat.

After she lost the cutthroat Democrat presidential primary to him, she was prepared and looking forward to returning to the New York Senate. But the then president-elect wanted to see her soon after she had lost and he had won. “We stared at each other like teenagers on an awkward first date,” she describes her first meeting with Obama after she conceded. And that’s when their partnership really began — they moved past their bitter opposition and “from a team of rivals” they became “an unrivalled team”. It took prolonged persuasion from Obama, sound advice from those surrounding Clinton, long deliberations, sleepless nights and more importantly, she writes, her realisation of the challenges the United States faced for her to agree to the new role on offer.

And so began her journey as America’s representative around the world. Clinton spent 87 full days in the air during her four years (2009-2013) at State — she is known as the most travelled secretary as she visited 112 countries.

She also did something no one had stepped up to do in the US National Security Council — stressed the importance of the State Department and USAID in conflict zones. Clinton describes the institutional tug-of-war between the State and Defense departments, lamenting how the US government had been making the mistake of finding military solutions to political conflicts. Moreover, she elucidates her concept of “smart power”, which she claims to have employed during her tenure. “For decades, foreign policy tools had been categorised as either ‘hard power’ of military force or ‘soft power’ of diplomacy. I wanted to break the hold of this outdated paradigm and think broadly about where and how we could use all the elements of American foreign policy in concert,” she explains. Therefore, she also coins the “3Ds: defence, diplomacy and development”. One also learns that she was the brains behind the significant foreign policy strategy of America’s pivot to the Asia Pacific. She recognises that it was difficult to persuade policy circles and the international community that the change in strategy or the pivot to Asia did not mean pivoting away from other regions, namely South Asia and the Middle East.

Hard Choices is divided into chapters named after regions and countries, which broadly cover the entire world. She has dedicated three chapters to Afghanistan and Pakistan and two chapters to Libya, of which one chapter is on Benghazi, the horrific tragedy and Ambassador Chris Stevens’ death.

One expects the book to be more about her as a woman and the challenges she faced because of that, or an examination of whether being a woman made her choices harder. But that is barely featured, apart from a few mentions about how she usually was the only woman in the room when major diplomatic and foreign policy decisions were being taken around the world.

But what is appreciated is her mention of all the women around her. From former secretaries of state — Condoleezza Rice and Madeleine Albright — and leaders such as Benazir Bhutto and Aung San Suu Kyi, to her support staff, including Huma Abedin, Cheryl Mills and Capricia Marshall, everyone is mentioned and lauded.

The highlights of the book include emotional accounts of late Richard Holbrooke’s work and dedication, her diplomatic prowess vis-à-vis Afghan President Hamid Karzai and her pragmatism and vision for governance, diplomacy and national security “in a hyper connected world”.

However, the book can be a tough read because it lacks a smooth flow, jumping from incident to incident and topic to topic. And since it is a memoir, one has to read it with a pinch of salt as it seems like Clinton wants to take credit for all diplomatic successes and historic events, including the Osama bin Laden raid in Abbottabad.

Neha Ansari is a senior subeditor at the National desk. She tweets at @NhaAnsari