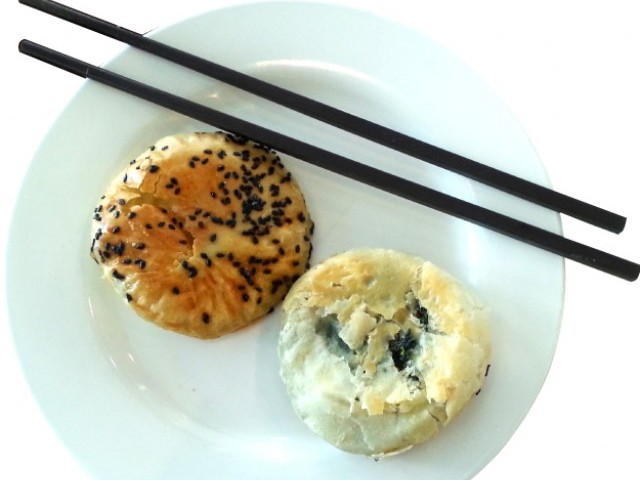 No matter which country you travel to, Chinese food finds its way on the menu, into restaurants and takeaway containers. There are Chinatowns in America, in England and even in Kenya. Most of these menus will promise an addictive bastardised medley — the food will be whatever you want it to be. Spicy. Greasy. Salty. Doughy. Meaty. Complete with a dragon or a chopstick logo.

When you land in China, make sure you pop an imaginary table water cracker to cleanse your palate of all biases, assumptions and preconceived notions. It’s a country where bitter gourd tastes pleasant and juicy, noodles have hundreds of varieties and people drink apple cider vinegar because it’s considered healthier than plain juice.

In fact, part of your culinary journey in China mimics the exploration (and explosions) best described by Remy, the sophisticated protagonist (also a rodent) in Pixar’s Ratatouille. Many Pakistanis often describe food in China as smelly, insipid, intimidating and at times downright revolting, because, “they eat dogs you know.” Well, yes, in some areas. But for the most part, all that needs to be unlearnt. And just as Remy scurrying about in a pristine kitchen challenges basic stereotypes about food and rats, Chinese cuisine will challenge stereotypes about ‘real Chinese food.’

Chinese to my ears

I was there for a photography junket courtesy the country’s state-owned English newspaper China Daily and I admit, being hosted was a huge boon. The paper’s staffers were there to help me navigate all sorts of things I wished to experience and to avoid unpleasant situations where not knowing a word of Chinese would have tripped me up. The other saviour was Youdao, a handy dictionary-cum-search engine app for android. I admit it was not half as fun as my Chinese guides laughing at how I pronounce Shanxi and Shaanxi — which read almost the same but are tonally distinct — but served the purpose well. As did the few key phrases which I asked my friends to jot down in my notebook above their English translations.

My first meal in China was at Mr Lu’s in Xi’an, an affordable, basic restaurant facing a commercial lane, just off the corporate area. I balked when I saw the menu. None of it looked like the chowmein, Manchurian or Kung Pao which I am so used to ordering off Pakistani Chinese menus.

My two local companions ordered for me, making me feel a tad bit like a lost child. When the plates hit the table, the simplicity of the meal was only overshadowed by its freshness. There was a plate of crispy, whole fish, each the size of my palm, dusted with a spice and with bones that were too soft to cause any harm. As soon as you pop the fried papery skin encasing the white meat, the fish melts into your mouth, making you want more.

The two different types of dumplings, chicken and vegetarian, were hot pockets of flavour, only to be enhanced with a red chilli and oil dipping sauce. And the last dish to complete the feast, the most common dish to be found in almost every restaurant, a tomato and egg curry, was never too eggy and never too tart.

My Chinese love affair had begun

Of course, visiting Jinci Temple or watching Shanxi’s child performers on stilts in Taiyuan city filled in the spaces which food never can. Jinci Temple, according to my hosts, is almost 3,000 years old. It would be easy to spend the entire day there, ambling from one gorgeous structure to the next, staring at the original hand-painted facades, all under sprawling trees with history spanning from their gnarly roots to their green tips. In fact, our hosts had kept each of our days packed back-to-back with enough activities to tire the energiser bunny and satiate the culture junkie.

When I was told we had to climb Mount Tai, the second of three mountains and five activities slotted for one sweltering day in Taiyuan in May, I tried to put my foot down. But I soon learnt a quick lesson in subservience: when a senior in a team (under the supreme authority of the Peoples Republic) says climb, you just ask, how high?

Though, looking back, I am glad I did climb that mountain high enough. The view was gorgeous, with soothing music piping through faux rock speakers dotting the trail all the way up to our lunch destination. More importantly, before lunching at the Buddhist Longquan Temple, there was a pit stop for Pu’er tea on the way up.

Like noodles and Chinese wine, green tea is an essential part of the Chinese meal, or rather, the Chinese day. And like many tea ceremonies in the country, Pu’er tea is served after each individual cup is warmed by a ritualistic pouring of hot water over and into it. Even under the back-beating sun, a cup of hot Pu’er tea is cooling and calming.

The monks in Longquan Temple do not eat meat. Sitting at a spinning round table (a common design element in China associated with family reunions) is a test of chopstick thievery skills. You have to be quick or else the wheat noodles (al dente) with rich tomato sauce or the steamed pumpkin will disappear quicker than you can say shay she-a or thank you in Chinese. Though, it must be mentioned, the plates at Longquan were refilled with equal swiftness.

If anyone wants to be mesmerised by the art of handmade noodles, Jin Yuan restaurant in Taiyuan is the place to go. The waiters there put on a little show, where they turn large noodle dough into angel hair pasta (La mian), an unending singular string of fat spaghetti (Yigen mian), or short curls, using scissors, chopsticks, blades and their bare hands. In fact, the restaurant is an unintentionally kitschy place which has sections dedicated to replicating the wonders of China on a small scale. One look at the miniature replica of the Hanging Temple makes any avid traveller lust for the real one in Datong City in Shanxi. While there were several brilliant banquets where each course was so fancy that it put us to shame in our reporters garb, the food found on the streets was also an experience, to say the least. The food street in Taiyuan is shiny and new but mimics the ancient, with all the right ingredients thrown in for tourists such as red lanterns, colourful facades and wooden stalls with offerings like warm, roasted peanuts. Nothing historic but nothing to scoff at either. The pedestrian market streets of Zhangjiagang in Jiangsu borrow from both Europe and local aesthetics. From the Hello Kitty store to the deep-fried treats, it’s a perfect spot for nibbles and people watching. Don’t start the trip with Shanghai if your heart lies in city life. Enthusiasm for quaint adventures is quick to fade when you enter the lovely mix of European and Chinese life that Shanghai offers.

One step into one of the many tube stations (called the Metro) there and the deprived Pakistani within me was ready to move to Shanghai. Also who wouldn’t want to live in a place which offers Beatles tribute clubs not far from a shiny gold (Jing An) temple in the middle of several high streets?

A walk through the French Concession will find you all your fixes: beer gardens, bars, bakeries with buttery croissants, art galleries, independent designers and shoe makers, and museums. From there, the shops at Nanjing Road (high street and designer ware) will take you towards the Bund. I would recommend crossing over the Huangpu River to what is promised to be a spectacular view of old Shanghai from the 58th floor of the Ritz Carlton, Pudong.

Unfortunately, I had more of an ‘evening in the clouds’ because it was an overcast day. But Flair, the Asian tapas bar there, made up for the missing view with an impressive offering of sushi and cocktails. Sushi in the middle of the clouds after a long day of walking around the French Quarters was a perfect way to end my Oriental express trip.

Dear Shanghai, I am still in love.

*Bitter gourd batons in Yonglian Village which are hard to associate with the truly bitter karailay we eat in Pakistan. These are almost sweet, and explode in your mouth with a fresh juice.

*Also at Yonglian Village, mushrooms in their own peppery juices.

*Hot pot anywhere is an absolute delight. You can chose your broth, ranging from mild to fiery hot and then pick your add-ons from meat, noodles, vegetables and sauce. Golden Dish, tucked away behind Jing An Temple in Shanghai is highly recommended.

*Salty porridge at Jin Yun restaurant in Taiyuan. It’s like a porridge soup, with beans, corn and soya so it sounds like food for those sans teeth but the soup is packed with comfort.

*China has blocked a number of sites, and, in addition to Facebook and Twitter, Gmail, Chrome, Hangouts, and Google Docs will mostly not work. To get around this, you need to download the Tor browser bundle before you leave Pakistan’s websphere — just put it on a usb and plug and play.

*Every airport there will sell local SIMs but some SIMs can only be topped up in the province in which you buy them. So ask for a nationwide top up SIM, preferably a China Mobile connection.

Halima Mansoor is a senior subeditor on The Express Tribune Peshawar desk. She tweets @hmansoor