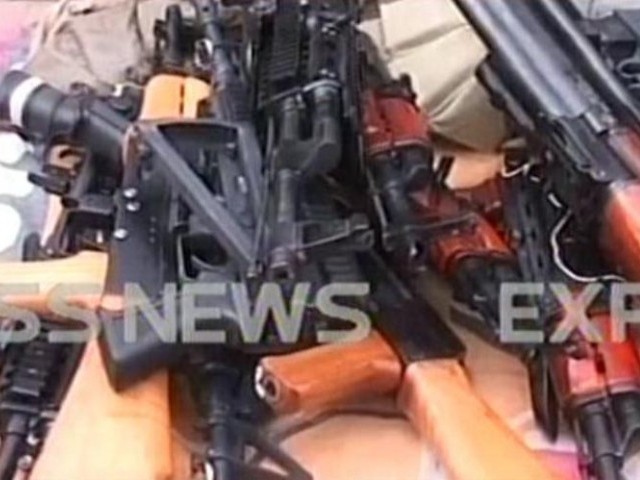 Express News screengrab of the arms and ammunition seized.

RAWALPINDI: A huge amount of arms and ammunition were recovered from a vehicle on the Lahore-Islamabad Motorway near Chakri Interchange, Express News reported on Wednesday.

The law enforcement agencies stopped a vehicle on the motorway and seized 200 pistols, 19 Kalashnikovs and 23 other guns from it.

Around 48,000 bullets and 45 night visions telescopes were also recovered.

Two suspects, Noor Zaman and Israr, were also taken into custody and shifted to an undisclosed location for interrogation.

According to initial details, the arms and ammunition were being transported from Kohat and other areas of Khyber-Pakhtunkhwa to different parts of Punjab to be used in acts of terrorism.

Police have started further investigation into the incident.