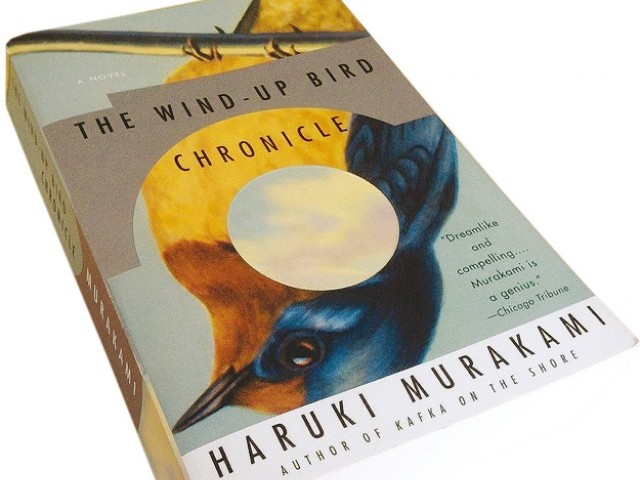 Haruki Murakami is probably the only writer who can pull off a complex novel like The Wind-up Bird Chronicle. The English translation of the 1990 Japanese novel, which is perhaps Murakami’s most famous literary work to date, transports the reader to another world, as he transforms the mundane into the most intriguing. The novel starts off as a silly search for a cat named Noboru Wataya, humorously named after the protagonist Toru Okada’s brother-in-law. But it swiftly pans out into a web of mystery, personal drama and national history just a couple of minutes into the story.

Toru Okada, a man unemployed by choice, has to go out looking for his missing cat while his wife, Kumiko, is out working. Okada does not suspect his wife of having an affair until one day when she goes out and never returns. Kumiko chooses to communicate through her brother, computers and letters, but not face-to-face or through phone calls. Okada, meanwhile, gets introduced to a multitude of characters, starting with the two strange sisters, Malta and Creta Kano, one of whom has the uncanny ability to locate missing things while the other is a prostitute who moves on to become a “prostitute of the mind” and has several imaginary intimate encounters with Okada. Then there is May Kasahara, a teenager who bathes naked in the moonlight, has lengthy conversations with Okada about death and other profound things.

There are minor characters in the book, such as Nutmeg Akasaka and Cinnamon Akasaka, who serve as the metaphorical appetisers before a heavy meal. The war stories narrated by Lieutenant Mamiya, a World War II veteran who lives with the horror of watching a man being skinned alive, encapsulate the entire picture of cruelty and suffering in a brief dialogue. In a state of trauma, the lieutenant jumps into a dry well and loses his ‘self’ forever, even though he is brought back to Japan after the war. Years later in Tokyo, Okada too climbs down a dry well to learn about himself and his life with Kumiko. He enters another world, farther away from the one he knows, and it’s hard to tell whether it’s a dream or a reality. But just as the lieutenant loses his ‘self’ in the dry well, Okada finds it. He understands the reality behind his wife’s disappearance and the hard-to-believe stuff around him.

In the end, all the disparate elements of The Wind-Up Bird Chronicle are finally brought to a close in what can best be described as trippy — not clearly happy or tragic. A passive reading of the book offers no pleasure, as reality and dreams quite often mix, and it takes a complete sensory indulgence to separate and understand them. Simply put, Murakami’s novel cannot be explained, it has to be experienced.

Karthik Keramalu is a freelance writer who is interested in literature and film.

A new dawn for dramas