If Imran Khan ever become­s PM of Pakist­an, his ‘person­al life’ will be front page fodder for intern­ationa­l press.
By Mahreen Khan
Published: November 6, 2010
Tweet Email 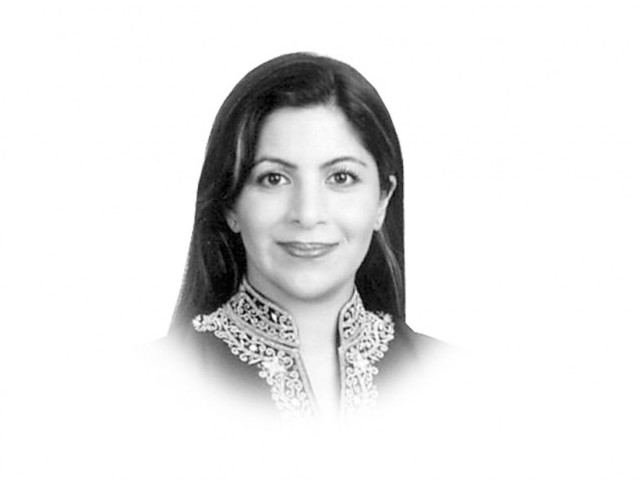 The writer is a barrister and a public policy graduate from Harvard University mahreen.khan@tribune.com.pk

I first interviewed Imran Khan when I was an undergraduate student. What was published in the Cambridge University newspaper was a doe-eyed, reverential piece, oozing admiration, nay, adoration that I and so many millions of young Pakistanis felt for our national hero, the legendary Imran Khan of the 1990s. Imran could do no wrong back then. It was as if he had been born blessed by the firmament itself — with ‘A list’ good looks, world- cup- winning captaincy on the field, a glamourous profile off the field, a classy Oxbridge education and accent to match, blinding charisma and so much cricketing talent it made you gasp in awe. No other Pakistani, or Asian, had such celebrity or star appeal on the international stage. He was, and always will be, the ‘Great Khan’ for Pakistanis and cricket lovers the world over.

But that adulation and admiration for his cricketing achievement and philanthropic prowess must not preclude an objective analysis of his political ideology and credentials. Even young, modern, English-medium educated Imran fans seem intolerant of any critical examination or analysis of their hero. “Imran Khan is a legend blessed with enormous talent, honesty and patriotism who will save Pakistan” — a PTV style homage is what his supporters wish to see written about their leader, judging from reactions to the first part of this piece on Imran’s political promise. Anyone daring to excavate Khan’s ideological underpinnings, question his past or reveal flaws that portend future scandal is subjected to an emotional ‘Imran cyber-brigade’ attack, replete with ‘Bush-ist’ accusations of being ‘against Imran’ or an agent of ‘the other side’.

Imran’s supporters need to face reality and employ reasoned arguments rather than puerile statements about Khan’s ‘personal life’ being irrelevant. If Imran Khan ever does become prime minister of the Islamic Republic, as his supporters wish, his ‘personal life’ will be front page fodder for the international press. They will excoriate Khan’s untenable situation of having an illegitimate daughter, Tyrian White, whilst advocating ‘Islamic values’, where adultery is a capital offence. Imran Khan’s past will be exhumed in gory, ghastly detail with comment a lot less respectful than that by domestic observers.

Pakistan Tehreek-e-Insaf strategists also need to address glaring inadequacies in their party’s policy prescriptions on key issues. The 31-page manifesto does not even once mention, let alone tackle, the menace of ‘suicide bombings’ or ‘extremism’. ‘Terrorism’ is referred to just once, on page 30, almost as an afterthought, that too as a criticism of current government policy. Having interviewed Khan on several occasions, Imran, the politician, has seemed unsteady on how to balance his populist opinions with political reality, especially his opposition to American influence. In politics, every policy is subject to rigorous scrutiny and the vicissitudes of the political landscape. Sincerity, sporting success and philanthropic service cannot compensate for an inchoate, inconsistent and immature political agenda, especially when facing grave multiple challenges of terrorism, corruption and economic meltdown.

Perhaps we have become desperate as a nation, willing to grab on to anyone who offers a glimmer of hope. When so many pages are filled with the brazen corruption, incompetence and hypocrisy of the government and its opponents, our cry for change is understandable. But decisions borne of desperation always end in disillusionment. I do not wish to see the ‘Great Khan’, a national icon, demoted and discredited as yet another political failure. I refuse to join those who adoringly paint him as a messiah, as our political saviour, despite his lack of credentials for revolution. Imran may be more honest than other politicians, just as Obama is far more enlightened than Bush, but unreasonably lofty expectations will be Imran’s demise just as Obama’s over-promise has been his. It is Imran’s personality, more than his political ideology, which attracts media attention and popular support. He has the potential to bring meaningful social reform and to inspire young people, to an extent, but it is criminal to place Imran Khan on the towering pedestal of grand, national salvation — for when he falls from such a height, the legend of the ‘Great Khan’ may tumble too and that would truly be a very painful loss indeed.