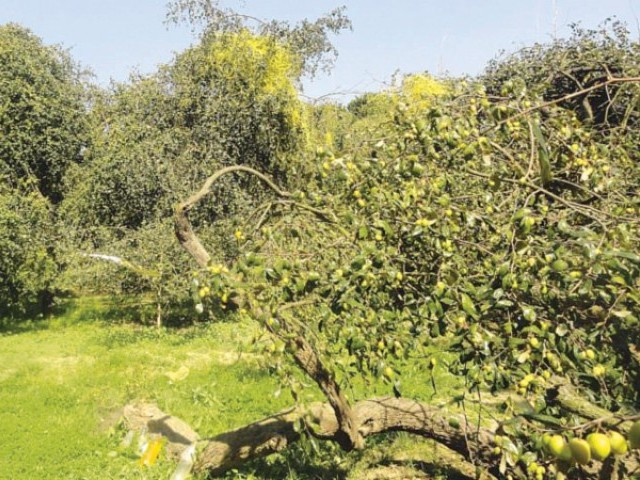 The small green ripe Rataul mangoes have a sweet taste but tangy history. From the eponymous village in northern Uttar Pradesh began the journey of this fruit that has sealed the fate of three families, the Siddiquis, the Faridis and the Syeds, and their future generations.

The narrative dates to the mid-nineteenth century, when in the 1850s Hakim-ud-Din Ahmad Siddiqui, an employee of the British government in colonial India, planted a young mango plant in his orchard. In the 1920s, Muhammad Afaque Faridi noticed the tree and chewed on its leaf which he discovered had an undertaste of carrots, as the field was previously used for carrot cultivation. The leaf’s overwhelming sweetness was attributed to the neighbouring sugarcane fields. He decided to collect some saplings to plant in his nursery. He called it Rataul, after his village.

Unfortunately for Faridi, the tree was growing on longtime rival, Syed Anwar-ul-Haq’s field. When the latter learnt about Faridi’s activities, he reacted by immediately claiming ownership of the tree and renaming it Anwar Rataul. And this time the name was registered. Although Faridi claims Anwar was his wife’s penname, no substantial evidence exists to prove this.

During Partition in 1947, many of the Syeds, Siddiquis and Faridis migrated to Pakistan. Afaque Faridi and one of his sons, Hassan Faridi, however, stayed back to look after their lands. The fame of the mango and its grower soon spread across India and Prime Minister Jawaharlal Nehru, upon visiting Faridi in the 1950s, conferred the title ‘Mango King’ on him.

The journey of the fruit to Pakistan is another eventful chapter in history. Nawab Kalabagh, a friend of Afaque Faridi since his schooldays, living in Rawalpindi, was the first to receive the mangoes and that’s how they crossed the border. The original Anwaar Rataul mango tree still stands tall in the village. Since 2000, Junaid Faridi, Hassan Faridi’s only son has taken charge of most his grandfather’s orchards in and around the village. He is also the head of the village council of Rataul and contests the provincial and national elections from time to time.

Currently, the villagers of Rataul anxiously await the construction of the Delhi peripheral highway that will pass a kilometre away from Rataul. It is speculated that the construction will increase the prices of land near and along the highway. According to Junaid Faridi, most of the agricultural land and orchards will eventually be swallowed up by Delhi’s rapid urban growth in the next five to ten years, leaving the fate of Rataul and its mangoes undetermined.