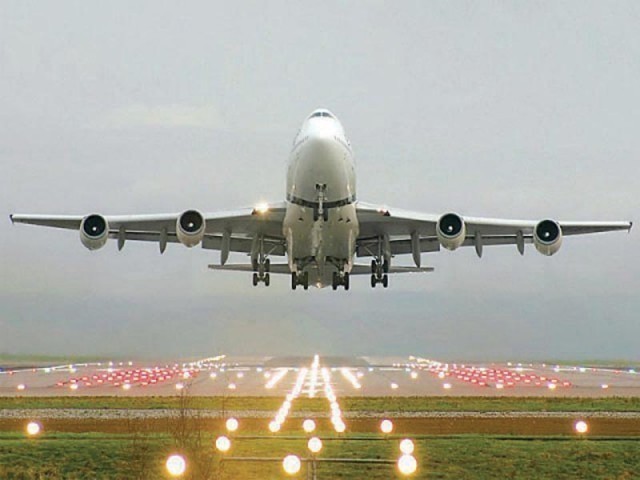 Amid noisy protests by opposition legislators over the decision to change the route of the Pakistan-China Economic Corridor for a second consecutive day, a top government official revealed on Thursday that China has taken the responsibility to construct the New Gwadar International Airport.

“The government has changed the implementation mode of the New Gwadar International Airport and the project will be completed outside the scope of the federal Public Sector Development Programme (PSDP),” said Hasan Nawaz Tarar, the federal secretary for the Ministry of Planning and Development.

He was speaking at a meeting of the Senate Standing Committee on Finance and Revenue, which has been debating budgetary proposals for the last four days. Tarar was responding to a proposal of Senator Sardar Fateh Mohammad Hasani on allocating more funds for the early completion of the project.

After taking over Gwadar port, China’s decision to construct the New Gwadar International Airport highlights its plan to make the port-city a hub to watch its commercial and strategic interests in the region. The government has already transferred Gwadar Port operations from the Port of Singapore to the Chinese company, Overseas Port Holdings Limited.

Senator Talha Mahmood said that China was eyeing at Afghanistan and Central Asia, once the US leaves the region. Under the same plan, China is also financing Pak-China Economic Corridor to secure trade routes and energy supplies for its western parts.

Tarar said that while government has still allocated a notional amount of Rs150 million for the airport as a backup measure, the project will be completed by China.

Federal Minister for Planning and Development Ahsan Iqbal said a Pakistani delegation will leave for Beijing soon to discuss the project with Chinese authorities. He said China will either construct the airport on a Build-Operate-Transfer (BOT) basis or provide a concessionary loan to Pakistan.

He said the government will soon issue an international tender to hire a consultant to make Gwadar a city along the lines of Dubai and Singapore.

While the government is reluctant to accept there was any controversy over changing the route of Pakistan-China Economic Corridor, opposition senators staged a token walkout from the standing committee meeting over the issue. The situation went out of hand when the planning secretary and acting communication secretary gave contradictory statements over the issue.

Senator Talha Mahmood of Jamiat Ulema-e-Islam-Fazl disclosed that he and his party chief met the Chinese ambassador who told them that “China was comfortable with any route as long as it assured security for movement.”

The standing committee recommended the government restore the old route of the corridor. But the planning minister insisted there was no change in the route and the government was only implementing the first phase of the route. He claimed people were exploiting the issue for political gains.