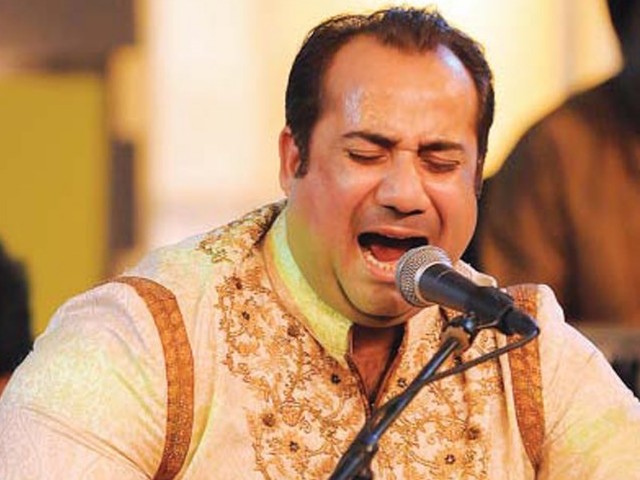 LAHORE: An additional district and sessions judge reserved order on a petition seeking the registration of an FIR against singer Rahat Fateh Ali Khan under blasphemy charges.

The petition was filed by Makkah Colony resident Lailatul Kubra. The petitioner submitted that Khan had recorded a song, Aj Din Charhia Teray Rang Warga for an Indian film, Aaj Kal. In the song, the petitioner said, Khan uttered improper words about God that hurt her religious sentiments as well as those of other Muslims. She said that the song had denied the power and oneness of God. Kubra said she had approached the station house officer (SHO) of Kahna police station to register an FIR against Khan but no action was taken.

Kubra requested the court to order the Capital City Police Officer and the SHO to register an FIR against Khan under Sections 295-A (deliberate and malicious acts intended to outrage religious feelings of any class by insulting its religion or religious beliefs), 295-C (use of derogatory remarks in respect of the Holy Prophet), and 298 (uttering words to wound religious feelings) of the Pakistan Penal Code (PPC).

In its comments, the police told the court that the petitioner had never visited the police station or filed an application. On Tuesday, Advocate Mian Bashir Saif, from the Free Legal Aid, Assistance and Settlement, said, on behalf of Khan, that no case was made out against his client under the above mentioned sections of the PPC. He further said that Kahna police had no jurisdiction to take action against Khan if he sang a song in India.

BISP looking to branch out