Major teleco­ms have been lobbyi­ng for a reduct­ion in taxes.
By Farooq Baloch / Zehra Nabi
Published: June 2, 2014
Tweet Email 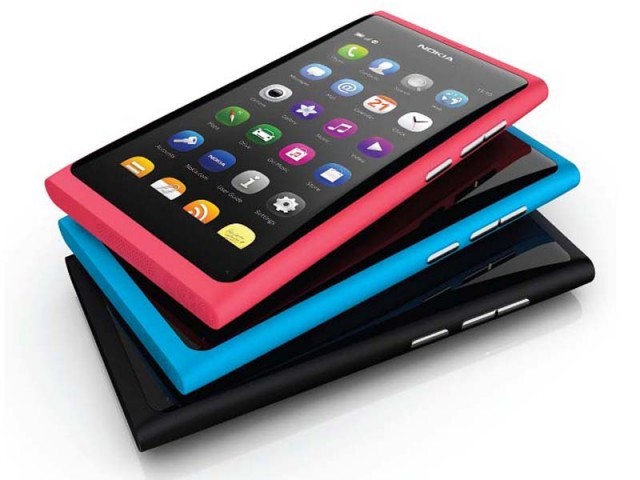 Company says N9 will redefine the way we interact with a cell phone.

KARACHI: The country’s telecommunication sector continued its growth trend as the overall teledensity reached an all-time high of 78% in July-March period of the fiscal year (FY) 2014, up by three percentage points compared to 75% as of June 30, 2013, the Economic Survey of Pakistan revealed on Monday.

Telecom sector indicators showed positive growth during the 10-month period ending March 31, 2014 – telecom sector’s revenues, during the review period, reached Rs.345.5 billion and total investment to the sector stood at $556 million, according to the document.

The sector contributed Rs67 billion in taxes to the national exchequer during the first six months of FY2014, the document also revealed.

Graph below shows telecommunication industry’s contribution to national exchequer from 2008-2013.

A flagship document of the finance ministry, the Economic Survey of Pakistan is the ministry’s view of the annual economic development of the country – the document is released every year a day before the federal budget.

The major growth came in the cellular mobile segment, as the number of mobile phone subscriptions in the country grew from 127.7 million as of June 30, 2013 to 136.5 million at the end of March, 2014, according to the finance ministry’s document.

The first 10 months of FY2014 remained significant for the telecom sector that took a giant leap forward in the world of technology by conducting next-generation mobile services (NGMS) license auction that earned the country more than $1 billion, according to the Economic Survey.

The auction of 3G and 4G mobile spectrum, the document said, would create 900,000 new jobs in the country; increase data penetration by up to 10% during the next three years and increase GDP growth by 1.5 to 1.8%.

Broadband subscribers base reached 3.4 million in February 2014. According to the survey, there have been 717,835 new subscribers in the past eight months.

Investment in telecom sector continues to rise. During July-March, 2013, more than $0.53 billion have been invested in telecom infrastructure and new technologies, according to the survey.