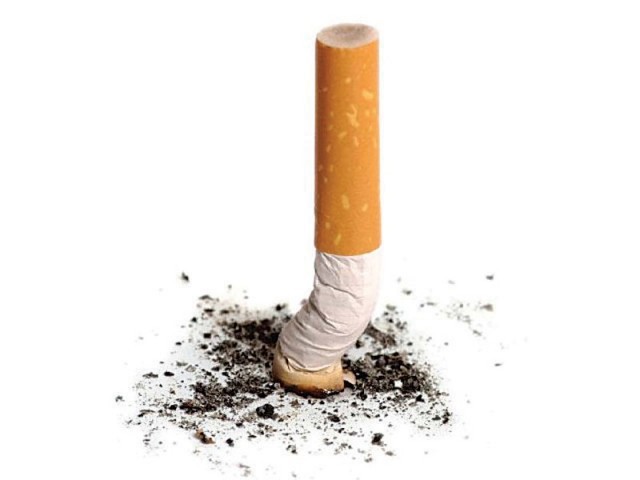 Rs62b is the amount of income tax, sales tax and federal excise duty paid by the country’s largest cigarette manufacturer in 2013 — about the same as the income tax paid by all salaried Pakistanis last year. CREATIVE COMMONS

One of the worst times of the year for cigarette manufacturers is around the annual World No Tobacco Day on May 31 when they face renewed calls for increasing taxes on the tobacco industry.

Notwithstanding its unmistakeable failure to tax all sectors of the economy equitably, the government invariably responds by hiking the ‘sin tax’ on cigarettes every year to adjust the market price of the ‘undesirable product’.

But do sin taxes actually discourage people from smoking? Many economists believe the slowdown in the sales of cigarettes – at least in the developed world – is largely because of the effectiveness of anti-smoking awareness campaigns, rather than increased taxes on tobacco products.

In Pakistan, for example, the tobacco sector is heavily taxed. The largest cigarette manufacturer, Pakistan Tobacco Company (PTC), paid income tax, sales tax and federal excise duty of Rs62 billion in 2013, which is about the same as the income tax paid by all salaried Pakistanis last year.

This amount equalled Rs23 billion in 2006, which means the sum of government levies that PTC pays every year has increased at an annualised rate of 15.2% during the last seven years. However, its after-tax profit increased at an annualised rate of only 7.3% over the same seven-year period. This shows the company’s earnings grew at about half the rate of its contribution to the national exchequer over the last seven years.

But did the astounding level of taxes on tobacco consumption – up to 81% on each pack of cigarettes – actually reduce the sale of cigarettes in Pakistan? The answer is a resounding no.

According to data compiled by the Pakistan Bureau of Statistics (PBS), positive growth was recorded in the sale of cigarettes during seven out of the last 10 years in spite of heavy taxation on the tobacco industry.

According to a report by Euromonitor International, one out of every four cigarettes sold in the country is ‘illicit’ with the Pakistani economy ranking third in illicit cigarette trade among all Asia-Pacific countries.

These horrific statistics should not be surprising. One consequence of such lopsided tax policies is that they increase the temptation for otherwise law-abiding people to violate the law.

After all, few people will willingly pay an unreasonably inflated retail price for a pack of cigarettes when far cheaper options are easily available. Checking smuggling is challenging because it requires law enforcement. In contrast, piling taxes on a lawful, yet demonised, segment of the documented economy is a quick fix that most governments find hard to resist.

Other than their economic impact, it is important to take into account the moral aspect of sin taxes. Should the government be allowed to use tax policy as a tool for social engineering? What can possibly stop a future right-wing government from expanding the scope of sin taxes to generate more revenues by imposing high levies on, for example, cinemas and theatres? Should the government be in the business of defining whether something is good or bad for an individual?

Smoking should be discouraged, but only through awareness campaigns by civil society. It is one’s family, friends and community at large that should shape an individual’s behaviour, not tax policy.

The government’s job is to protect people’s values, not determine them.