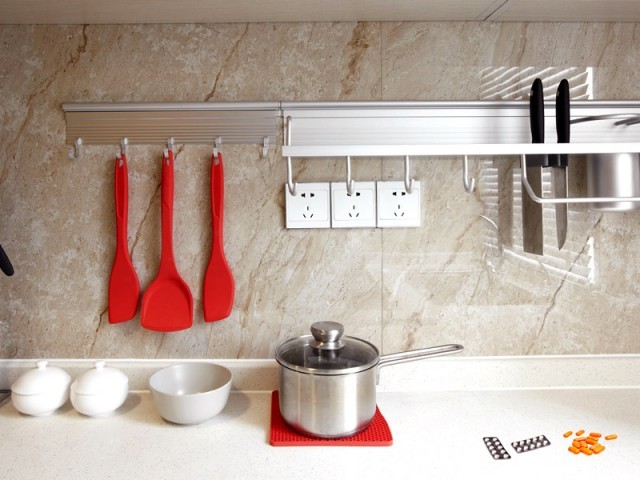 Family planning and contraception in Pakistan are still very much in their infancy, despite a rise in general awareness. According to the Pakistan Democratic and Health Survey 2007, only 30% of married women use contraceptives. Family planning amenities reach just a quarter of the population.

While urban centres are gradually warming up to the concept, the situation in rural areas remains bleak as various religious and socio-economic factors often discourage people from adopting it. The desire for large families, preference for sons to carry on the family lineage and inadequate education reinstate the patriarchal setup we live in and women seldom have a choice as to whether they are willing and able to bear more children or not. Rather, they are expected to comply with their husbands, often compromising on their health and mental well-being.

There is, however, a flipside we rarely speak out. The worsening of the country’s economic conditions has rendered large families nearly impossible to manage.  We have no choice but to wake up to the need for birth spacing or birth control. Unfortunately, the real problem lies within the mindset of the people, particularly men across the country who deem family planning to either be unnecessary or the just women’s responsibility. As with most other things, decisions regarding family planning lie largely in the hands of the man, with little or no consideration given to the woman. Many like Rasheed Ali*, a shopkeeper from a small village near Lahore, do not wish to involve themselves in ‘womanly matters’ like birth control. “Pregnancy and childbirth are women’s problems,” he claims. “Men don’t have time to worry about these things. Our job is to provide for the family and that is all.” Others like Karachi-based accountant Najeeb Khan* feel that, “Children are a blessing from above. Contraception only comes in the way of having them.”

Consequently, women bear the brunt of this attitude. Many a times, those who can no longer sustain successive pregnancies nor want to have more children are unable to take any action, lest their husbands lash out. “Many women have come to us secretly, asking for temporary birth control,” says Alia Khan*, a social worker involved in educating rural women about family planning. “Some have begged us to make them sterile. It is very common for them to take these measures secretly so that their husbands or in-laws don’t find out. They constantly remain stressed about getting caught too.”

Another social-worker, Jamil, whose work focuses primarily on Punjab, speaks about how some women realise the importance of birth control a little too late. “They come to us asking for contraceptives after years of marriage and a number of children,” he explains. “Many wait until they have sons to take the step but by this time, their health has deteriorated substantially because of successive pregnancies.”

What makes matters worse is the lack of sound information and understanding regarding family planning, especially in the rural areas. Herein, women have to rely on misguided and incompetent midwives for help. “Back when we lived in our village, my husband asked me to make sure we didn’t conceive again so I resorted to pills,” shares Rehana Begum. “We already had eight children so I agreed. Unfortunately, my only access to the pills was through a social worker who hardly knew anything. She failed to explain the side-effects properly and for years, I suffered from horrible pains due to the medicine she gave me.”

Rehana also sheds light on some local clinics offering clandestine abortion services for women across Pakistan. “These clinics are common in villages across Pakistan. The process is carried out by untrained local women and is extremely painful. I have known patients who didn’t survive. Others contracted horrible infections following the abortion.” However, according to Rehana, most of the patients are sent to the clinics by their in-laws. “Some women are beaten up by their husbands and his family for not fulfilling the responsibility of birth control and having conceived in the first place.” Moreover, these questionable clinics operate with little oversight and the health risks are momentous.  From this, one can conclude that women are on the losing ends of the spectrum: either they are punished for not wanting to conceive or mistreated for conceiving.

Apart from pills and abortions, there are plenty of pregnancy-prevention options available to women, such as tubectomy (a surgical process to prevent the female egg from reaching the uterus for fertilisation) and the ‘morning after’ pill. But according to Rakshanda Khan* from Lahore, “The general attitude men seem to have towards family planning is rather non-committal,” explains Rakshanda. “When I first learnt about contraception, I brought it up with my husband and he said it was up to me as he would not be responsible if I fell sick.” Since then, Rakshanda has been arranging for her own contraception and fulfilling the duty that is expected off her. “It’s unfair because I can’t make a decision without his consent but I know he will also get upset if I go off birth control,” she adds.

The lack of awareness extends not just to feminine birth-control but to contraception for men as well. For example a vasectomy – a sterilisation surgery performed on men – is virtually unknown in Pakistan and those who are familiar with the process remain apprehensive of it. “The rate of vasectomies in Pakistan is lower than 1% as most people are unaware of the practice or take it as a loss of manhood,” says Shahida Imam*, a local general practitioner. “Although vasectomies are much easier and less risky than female sterilisation, it is rare for a man to have one due to social and cultural biases prevalent in society. One of our patients underwent a vasectomy after having 28 children with three wives and despite that he was shunned by his family and relatives!”

Scientists are now attempting to incorporate men in the process of family planning by studying male fertility and devising other male-oriented contraception, such as a birth control pill for men and hormonal injections. Although there is still a long way to go, such male contraceptives are expected to be available to the general public within the next five to six years.

Nonetheless, there are many couples who take unanimous decisions about when and how to conduct their family lives. Madiha Rizwan* and her husband are one such example of a couple planning their family together. “I decided to go on the pill after my first baby in order to pursue my career,” shares Madiha. “Now, we are trying for another baby. I am experiencing some complications with that unfortunately but it is infuriating when others tell me that those are because of using contraceptives. A lot of people use birth control around the world but only in Pakistan does it seem to be so wrong.”

Lifestyle: Liven up your living room