The Archbishop of Canterbury met church leaders in Pakistan As he began a week-long visit to the region. The Archbishop of Canterbury met church leaders in Pakistan on Tuesday as he began a week-long visit to the region.

Justin Welby, the leader of the world’s Anglicans, will meet Muslim leaders and senior government officials during his stay, part of a week-long tour that will also take in India and Bangladesh.

Christians are a small minority in Pakistan, where 97 per cent of the 180 million population are Muslims.

They have suffered attacks in recent years, most notoriously last September when a double suicide attack at a church in the northwestern city of Peshawar killed 82 people.

Welby met Bishop Samuel Azariah, Moderator of the Church of Pakistan, in the eastern town of Raiwind on Tuesday, a spokesman said.

“He will meet Muslim and Christian leaders tomorrow and address gatherings about interfaith harmony,” Sharoon said. 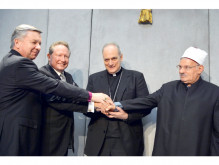 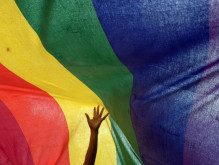 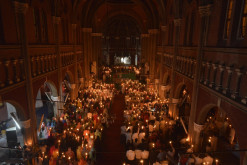