Next round of Iran nuclear talks due in mid-June: Report

Next round of Iran nuclear talks due in mid-June: Report

The latest round of negoti­ations in Vienna last week result­ed in little progre­ss.
By Reuters
Published: May 27, 2014
Tweet Email 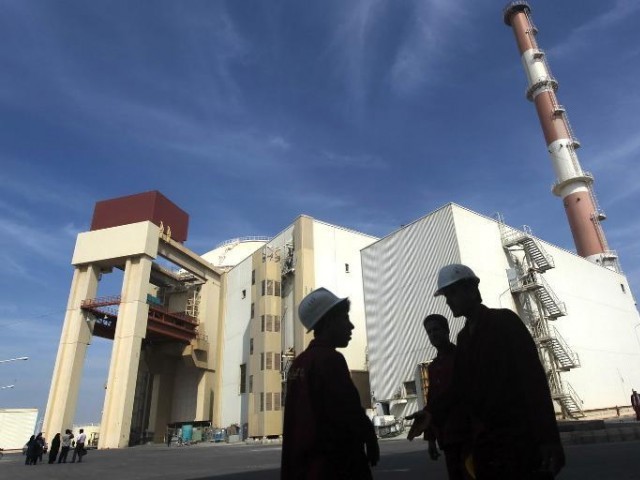 BRUSSELS: The next round of nuclear talks between Iran and six world powers will take place in Vienna on June 16-20, senior Iranian nuclear negotiator Abbas Araghchi was reported as saying by the IRNA official state news agency.

There were no further details in the agency’s report late on Saturday about the planned discussions, which are aimed at ending a decade-old standoff over Iran’s nuclear program.

Tehran says its nuclear program is for peaceful aims such as power generation and medicine. The West and Israel suspect it is a cover for acquiring the capability to make nuclear weapons.

The latest round of negotiations in Vienna last week resulted in little progress.

The six powers want Iran to agree to scale back uranium enrichment and other sensitive nuclear activity and accept more rigorous UN inspections to deny it any capability of quickly producing atomic bombs, in exchange for an end to sanctions.

In Vienna, there was no immediate IAEA comment, but diplomatic sources on Friday said a meeting early this week was expected. Iran has offered to work with the IAEA in clarifying what the U.N. agency calls the possible military dimensions of the country’s nuclear program.

The talks between Iran and the nuclear watchdog will last one day and “will summarise the 13 measures that Iran has taken in different forms during its cooperation with the agency,” Iran’s Atomic Energy Organisation spokesperson Behrouz Kamalvandi said, according to the Iranian Students’ News Agency.

The IAEA-Iran talks are separate from those between Tehran and six world powers – the United States, France, Germany, Britain, China and Russia – aimed at reaching a broader deal to settle the decade-old nuclear dispute by July 20.

But they are complementary, as both focus on fears that Iran may covertly be seeking the means and expertise to assemble nuclear weapons.

Afghanistan will not be a perfect place, not US’ responsibility to make it one: Obama