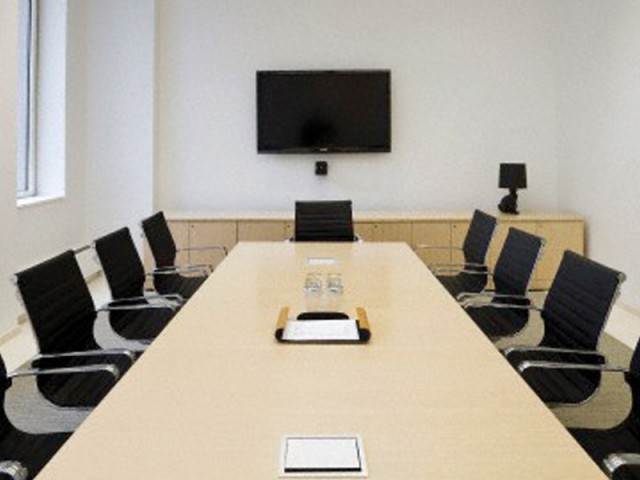 “The act of the secretaries is contemptuous, therefore we condemn it,” said Shehbaz Khan, vice chairman of G-B Bar Council, on Sunday. PHOTO: FILE

The region’s lawyers will meet next week to devise a strategy to respond to the situation which emerged after a court issued non-bailable warrants against officials of the Gilgit-Baltistan (G-B) administration for not adhering to its orders.

On May 21, the G-B Chief Court had issued non-bailable warrants against the secretaries of home, finance and law after they failed to show up in court over a contempt notice issued earlier regarding the case of appointment of 36 prosecutors in the government.

“The act of the secretaries is contemptuous, therefore we condemn it,” said Shehbaz Khan, vice chairman of G-B Bar Council, on Sunday.

In a statement issued by Khan, an emergency meeting of representatives of the Supreme Appellate Court Bar Association, G-B High Court Bar Association and district bar associations of Gilgit, Skardu, Diamer, Ghizer, Ghanche, Astore and Hunza-Nagar has been called for June 2 to discuss the situation.

“Such acts may encourage criminals and lawbreakers to defy and disobey orders of the courts,” said the recently-elected vice chairman.

He said lawyers cannot accept the undermining of the judiciary’s sanctity and dignity, explaining that G-B’s legal fraternity would stand with the judiciary at all costs.

Khan said lawyers are disappointed with the “looking away” policy of Chief Minister Mehdi Shah who avoided taking any disciplinary action against the government officials.

“The lawyers have taken strong exception of a pen-drop strike called by the G-B Secretariat’s staff in support of the secretaries as it is itself a form of contempt of court.”

On Thursday, the G-B administration filed a petition in the Supreme Appellate Court seeking suspension of the non-bailable arrest warrants. The petition was moved in the apex court through Attorney General Asadullah Khan, who pleaded the arrest warrants be set aside.

A day later, the Supreme Appellate Court exempted the secretaries from showing up in court in handcuffs. The apex court made the decision against bonds worth Rs0.5 million each.