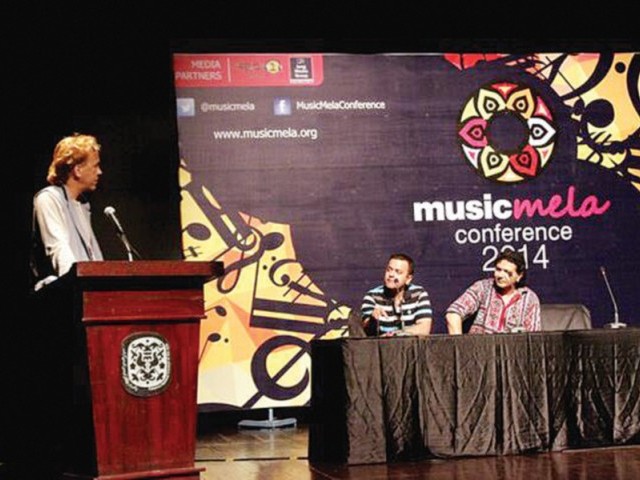 Regardless of travelling to different parts of the world, Todd’s music career explored the greatest potential and flair, here in Pakistan. PHOTO: FILE

Todd Puckhaber has been a Music Festival booker and programmer for SXSW (South by Southwest) since 1999 and deals with all genres of music, with a particular focus on world music. SXSW, now in its 27th year, consists primarily of three industry conferences and festivals: original music, independent films and emerging technologies. On his recent visit to Pakistan, Todd shared his experience of interacting with young and upcoming musicians of the country with The Express Tribune.

He expressed his admiration for the first ever Pakistani Music Mela Conference held in Islamabad on May 2, 2014. ‘’Musicians were excited, fans were ecstatic, youth could learn; all pieces were there!” he explained as he spoke of the significance of this event for the music industry.

While Pakistani musicians and talent continue to emerge, it is a similar platform they all eventually seek to exhibit their skills. Taking into consideration a comprehensive event such as the Music Mela, that offers an opportunity to perform, interact and share, future prospects are not limited. “It is like greasing the wheels of a machine, someone could start something similar, having witnessed the success of this event,” added Todd.

Music is a cultural practice all around the globe. However, despite its prevalence, it is not considered a profession, but rather as an act of leisure pursuit in Pakistan. In order to strengthen the roots of the music industry and the quality of work produced, one needs to start from the ground level. Schools should offer a proper music curriculum and training classes. “There has to be more support for music. Introduce music schools and refine this cultural bridge,” said the musician.

American jazz singer and diplomat Phillip Nelson, who accompanied Todd on the occasion, also shared his thoughts on the subject. “Despite the disparity between Americans and Pakistanis, we can create such beautiful music together,” he said. Regardless of travelling to different parts of the world, his music career explored the greatest potential and flair here in Pakistan. In response to Phillip’s participation in the finale of Pakistan Idol, Todd good-humouredly remarked, “Never been to American Idol, but made it to Pakistan Idol!”  In response to Todd’s workshop on how to market opportunities for musicians, he stressed on the dire need for more venues for music events in Pakistan. “Music industry is more challenged here, since artistes don’t have many opportunities to perform,” he stated.

Cultural promotion and heritage conservation are essential to maintain a country’s identity and hence, it is essential to sustain and revere art. “Culture dies when art dies,” Todd explicated. He expressed his veneration for qawalli music and conveyed his longing to experience live shrine music again. “The sufi night was magical, it is this form of music that transcends you into spirituality,” said Todd in contemplation.

The future of the Pakistani music industry is promising, considering the great talent available and the acknowledgements offered by foreign enthusiasts. However, due to lack of support for cultural events, musicians may flee to other countries for prominence. Sharing his thoughts on this, Todd said, “The more people try the more they are successful. In the face of challenges, the upcoming musicians need to create more initiatives and establish a platform to put their skill set into practice. Change comes from the youth, but it is slow,” added Todd.

Associated with the music industry for about two decades now, he concluded the interview with a message for all the musicians out there, saying, “Keep playing music, more and more!”