Arain says “Geo and Jang have routin­ely used freedo­m of expres­sion as a ploy to get their valid and invali­d...
Published: October 31, 2010
Tweet Email 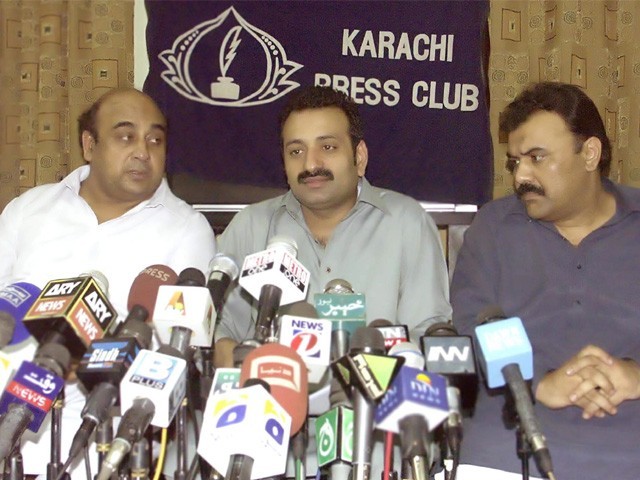 KARACHI: The Cable Operators Association of Pakistan has accused a major media group of resorting to “blackmail” and said it is “inciting consumers to deny cable TV operators their monthly dues” and depriving them of their livelihood.

Addressing a press conference at the Karachi Press Club here on Saturday, the association’s chairman, Khalid Arain, said: “Geo and Jang have routinely used freedom of expression as a ploy to get their valid and invalid demands”.

He was accompanied by president of the COAP Malik Furqan, general secretary Imran Nadeem and Punjab chapter’s secretary Tahir Javed.

Khalid Arian said that Geo network was not only leveling false allegations against cable operators, but also trying to deprive them of their livelihood. “We ask if television viewers are paying for just one channel? Are other news and entertainment channels of no value?”

Urging the government to take legal action against the group, he said that Geo and Jang have been at odds with not only Nawaz Sharif government, but also with the Musharraf regime and other previous governments over just financial matters affecting them.

Arian said that the group owes Pemra billions of rupees in dues. He said that group stopped depositing GST from advertisers in the national exchequer and the authorities had come to know about it only in 2007 when the owed amount exceeded billions of rupees.

He also claimed that the group took a loan of Rs1 billion from National Bank of Pakistan by over-valuing its machinery used as collateral.