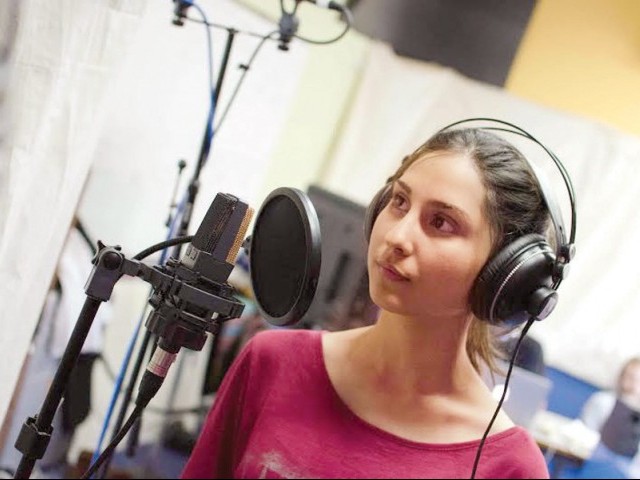 The cover of Project Lalala in Pakistan, which is inspired by local truck art. PHOTOS: PUBLICITY

Music knows no boundaries. You need not know the language in which a song has been sung in order to appreciate it. Its beauty lies in its tonality and more importantly, the universality of its message. Speaking of music, a recent development that is music to our ears is ‘Project Lalala’, which has been initiated by the French cultural institution Alliance Française.

The project has been conceived by Laurent Elisio Bordier of the Alliance Française and Alexandre Deschamps of French indie record label Studio Nomade. After making their first stop in China a few years ago, they are now in Pakistan to promote their creative venture, which involves collaboration between French language students and professional musicians from France. Bordier says that when the project took place in China, he knew he wanted to take it further. “I thought that when I get stationed in Karachi, I will bring it here too. So, when I came here, I suggested it to the French Embassy. I asked them to help us with the project and then, we were able to launch it.”

The project is a product of the collectivist approach that Alliance Française has employed in order to promote cultural diplomacy. Explaining the inter-cultural process that the project comprises, Bordier shares, “The activity takes place in all our partner schools, where there are French teachers and learners. Pakistani students who know French write lyrics in the language and record them with Studio Nomade, which constitutes French musicians.” He adds that these musicians come all the way from France and record the songs in Pakistan, but post-production takes place in France. “Later they send the final product back to Pakistan. All in all, this is action-based learning.” Bordier shares that local musicians also get involved in the process with students by bringing their instruments such as the tabla and sitar. “This time, we have Ustad Mumtaz Ali, Ustad Mazhar and Ustad Bashir Khan on board,” he tells us.

Deschamps, who is a singer and composer, speaks about how he believes music and Project Lalala bridges the cultural gap: “It is very exciting, but at the same time, very difficult. It gets a little difficult because subcontinental music is based on ragas. It’s tough to adjust,” he says. “Similarly, students don’t know the background of French music notes. So, it’s a fusion, primarily dictated by Pakistani music. It’s neither the same rhythm nor the same background, but that’s what makes it interesting,” he adds.

Marion Rolland, development manager of the programme at Alliance Française, asserts, “It is certainly meant to enhance cultural exchange and understanding. Once you initiate such a project, you are already enhancing cultural ties.”

Bordier clarifies that there isn’t a corporate element involved in the process. “Within the network, except for launching the initiative and bringing French musicians in town, there is no money involved. We do it for the sake of fun. There are no copyrights to these songs and they are distributed for free. It’s a showcase of what we are learning. There is no business mandate behind it.”

A young student, Urooj Fatima, who is also a graphic designer, has designed the cover of Project Lalala in Pakistan, which is inspired by local truck art. The launch of the music CD is to be held in June this year.

Bordier informs us of that Project Lalala will be taken to Morocco in 2015, India in 2016 and South America in the next few years. He has big plans: “One CD per continent,” he says.

Project Lalala Pakistan’s music CD will include the following songs (in English):