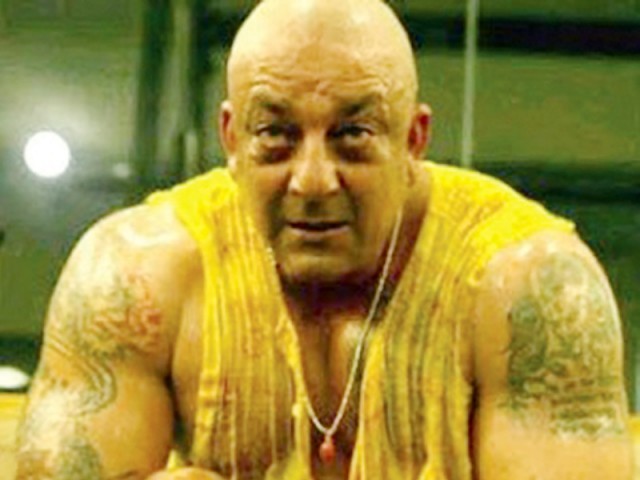 Sanjay Dutt is one of the fittest Bollywood male celebrities. He is a muscular actor who has trained fit celebrities such as Salman Khan, Ajay Devgan and Hrithik Roshan. For obvious reasons, Sanjay Dutt has not been allowed to carry his dumbbells to Pune’s Yerawada Central Prison, where he is lodged.

However, the actor exercises every single day without fail. To balance his previous exercise routine, he innovatively substitutes the dumbbells with two buckets of water. He is often seen lifting two full buckets to develop those biceps. Surely Sanju is persistent in maintaining his image and figure, despite his five-year imprisonment.

According to sources, before imprisonment, Dutt’s workout routine included pedaling on a cardio-vascular bike for 45 minutes, spinning, lifting dumbbells, doing crunches and aerobic exercises. Unsurprisingly, Dutt hasn’t given up the fight and still strives to be fit, reported the Times of India.