An evening with Zia Mohyeddin

An evening with Zia Mohyeddin 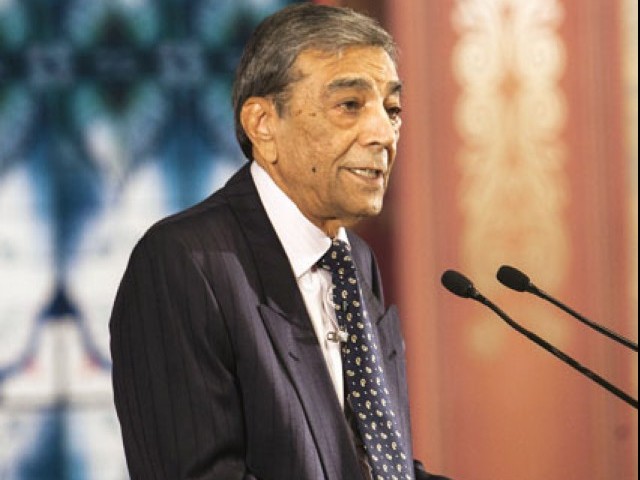 The auditorium resounded with thunderous claps when the audience got a glimpse of the master narrator. PHOTOS: MYRA IQBAL/EXPRESS

A question that often worries book lovers is that will the digital age put an end to the culture of book reading? The second day of National Book Day Celebration, which was held on Wednesday evening, was a ray of hope for those who believe that book reading can never get old. It is a tradition started by the National Book Foundation and is continuing from the days of Mazharul Islam — the former Managing Director of the foundation. Most of the seats of the main auditorium of the Pak-China Centre were taken by 7pm, with the audience anxiously  waiting for the arrival of the widely celebrated actor and narrator, Zia Mohyeddin.

The cries were heard and around 30 minutes past seven, Dr Omer Aadil with his co-host Farah Hussain, emerged from behind the stage and announced Zia Mohyeddin.

The octogenarian Zia jogged a couple of steps to reach the rostrum. The auditorium resounded with thunderous claps. Almost all rose, most in respect, others to catch a glimpse of the master narrator.

The leaflet sent out to invite people to the second day of the National Book Foundation promised a delightful evening, through a rare repertoire from classic to contemporary literature by the legend. And that it was.

According to Dr Aadil, they were apprehensive at first, they had a feeling that people may not turn up in as many numbers as they did in Lahore and Karachi. However, he was happy that the impression of Islamabad as a ‘city of babus’ with little to no interest in books was proven wrong. The hall was packed to capacity and people stood at the back reclining against the wall. The auditorium resounded with thunderous claps when the audience got a glimpse of the master narrator. PHOTOS: MYRA IQBAL/EXPRESS

Zia, acknowledging the welcome, moved behind the microphone, perched his glasses on his nose and started in his gruff, resonant voice, taking the audience on a rare journey from old to new — interspersing it with a comment on “English being a crazy language” attributed to the American comedian writer and social critic George Carlin, who among other hilarious things says, “If vegetarian eat vegetables, I wonder what a humanitarian eats?” and “Where do you fill in a form by filling it out.”

He dexterously alternated between verse and prose to cater to the varied interests of the audience. Some continuously giggled, others smiled, while the rest laughed to the point of tears trickling down their cheeks.

The event was engaging and entertaining; neither did the narrator’s forehead show any signs of perspiration and nor did the audience grow any less generous in putting their hands together. Every good phrase, rise and fall of the voice and change of accent to reflect the gender and ethnicity of characters was duly applauded.

He rendered Phir Koi Aya Dil-e Zar, Nahin Koi Nahin and Manzar by Faiz Ahmed Faiz without looking at the paper. Excerpts read out from works of Josh Malih Abadi, Zulfiqar Ali Bukhari and Mushtaq Ahmad Yusufi were particularly liked. At the end of every rendition, he would remove his glasses and the audience would clap.

This magic lasted for one hour and thirty minutes. The Islooites sent back the master by again rising in their chairs and giving him a much-deserved standing ovation.

“We neither have words, nor the  pronunciation nor the accent to thank Zia. Appreciate our courage, we have dared to speak just after Zia has spoken,” said Aadil.

At the end of the session, an audience member, Aimen Zoheb, said she was recently reading Yusufi, but it was an entirely different experience to listen to Zia. He gave the words a new life.

“It was wonderful. It was worth the time and effort. It is a blessing to be living in the same age as Zia Saheb,” said Abdus Samad, a pharmacy student from Abbottabad as he walked out of the auditorium with a smile playing on his lips.