Playing mediator: ‘Failure of talks will be a failure for the whole country’

Playing mediator: ‘Failure of talks will be a failure for the whole country’ 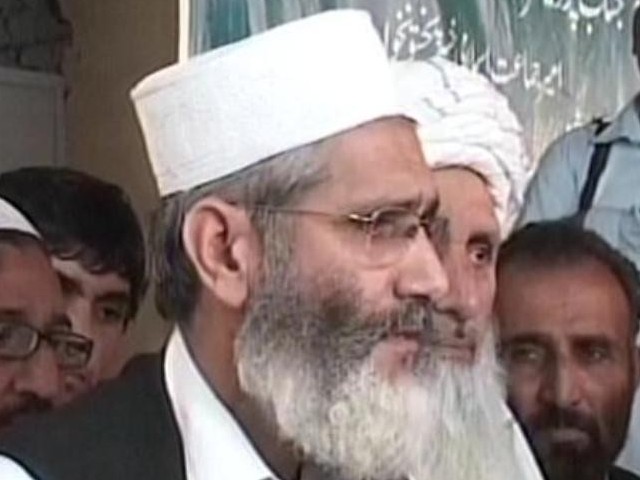 Jamaat-e-Islami (JI) Ameer Sirajul Haq on Thursday said those political parties harping on to fight instead of supporting talks between the government and Taliban are sabotaging the negotiation process.

“The failure of the talks will be a failure for the whole country,” Haq said while addressing a gathering at the JI provincial headquarters in Peshawar. “War is not the solution to issues; if it was, Kashmir would have been a part of Pakistan long ago.”

Siraj added that the 180 million people of the country were in need of peace, for which JI has made the effort to bring both parties to the negotiation table. The ball is now in the government’s court, the JI chief maintained.

He added operations in various parts of the country have rendered more than five million people homeless and also damaged educational infrastructure in Khyber-Pakhtunkhwa and the Federally Administered Tribal Areas. Siraj said American and Nato forces have wreaked havoc to the region and law and order cannot improve until these foreign forces leave.

Speaking of Pervez Musharraf, Siraj added that he would have to be made accountable for his actions, in particular the Lal Masjid incident. “If the government allows Musharraf to go abroad through another NRO, they will also be held responsible for that action.