Behind the scenes: Warid Telecom likely to jump into 4G

Behind the scenes: Warid Telecom likely to jump into 4G 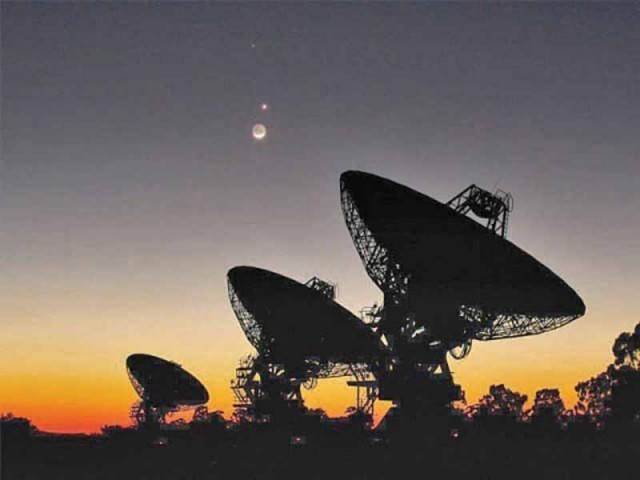 PTA needs time to sell the unsold spectrum before it could give the go-ahead to Warid. PHOTO: FILE

In a move that will certainly take everyone by surprise, Warid Telecom – the only cellular service provider in the country that refrained from participating in the April 23 spectrum auction – is gearing up to launch Long-Term Evolution (LTE) or 4G services in top five cities by end of May, The Express Tribune has learned.

Warid is very close to launching 4G services in Pakistan, sources with direct knowledge of the subject confirmed on the condition of anonymity. The Pakistani subsidiary of the Abu Dhabi Group has been in talks with the Pakistan Telecommunication Authority (PTA), the telecom sector’s regulatory body, for launching LTE service on its existing network – this was also confirmed by a top government official.

Now the question here is whether they can do it without acquiring a 4G/LTE spectrum from the PTA? The answer would be a yes.

Warid has a very low subscriber base – less than 10% of Pakistan’s 132.3 million cell phone subscriptions as of January 2014. About 50% of the company’s network, therefore, remains unutilised, giving it the capacity to hold additional traffic on the same network. Moreover, the company already has 8.8 megahertz (MHz) bandwidth in the 1800 MHz spectrum – the same frequency, which the PTA has chosen for the roll-out of 4G technology.

Since the company has a technology-neutral licence, all it needs is an official permit from its regulator to launch an LTE service on its existing network – the process, in tech terms, is known as re-farming.

“Warid would have announced their plans to launch 4G on the auction day, had the PTA approved their request,” said an official who requested not to be named for he was not authorised to disclose this information.

“The PTA’s response has been encouraging and it’s expected that soon after due approvals from the former, the company will be testing 4G services on its network most likely by the end of May,” the official said, adding that the PTA needs time to sell the unsold spectrum before it could give a go ahead to Warid.

Though all of this plan is subject to the PTA’s approval, Warid has been gearing up to introduce 4G services around the same time that Zong – the only operator to have acquired a 4G licence in the country – is likely to come up with its 4G offers.

“Warid is in final talks with all the leading smartphone brands in Pakistan for 4G-supported handsets,” the official said – these brands include Samsung, HTC, Nokia, Sony Ericsson, LG, Google Nexus, Huawei and Apple’s authorized resellers in Pakistan, he said.

Sample handsets, dongles and USBs have been bought for 4G testing in certain locations, according to the official. The Huawei cloud – which receives 4G signal and converts them to Wifi – is also an option.

“The company is expected to launch a trade program too, to replace existing handsets with the LTE handsets,” the official said.

The official further said that the orders had been placed with existing vendors for 4G sims and testing is in process.

A top government official confirmed that Warid has the required licence to deploy 4G services but insisted that the company would have to adhere to the rules and regulations set for deployment of these services. “The company would have to comply with the PTA’s requirement for technology roll-out, network quality and legal intercept compliance,” he concluded.

Warid is the only company with a 100% backend support from a European vendor – the company’s hardware comes from Sweden-based Ericson which is one of the world’s top telecom equipment makers. The company enhanced its network in 2012, which resulted in improved quality for its current Edge technology.

“Warid has been an urban-centric cellular service provider and it will most likely continue this strategy,” the official – not the government source – said, after being asked whether switching to LTE network would restrict the company’s outreach.

“The hype surrounding the company’s acquisition has died down already and it has performed above industry average – in terms of sales – during last six months,” the official said.

This rebuilt investor’s interest in the company, he said, adding that this would guarantee more investment towards infrastructure upgrade if need be.