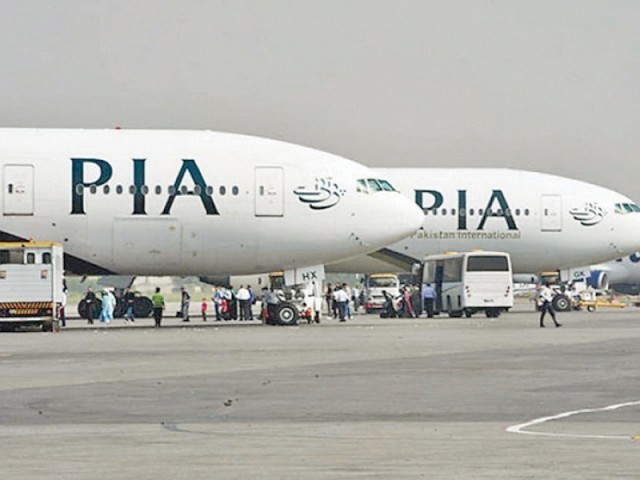 Cases under review range from sale of spare aircraft parts to purchase of paper cups and serving drinks during flights. PHOTO: FILE

The ongoing probe by Federal Investigation Agency (FIA) into the alleged corruption in Pakistan International Airlines (PIA) has opened up a Pandora’s Box of shady deals as airline officials are divulging truths and half-truths against each other.

The inquiry, which started late last year, has gained momentum as various PIA officials are being summoned to the dreaded FIA offices for questioning.

Cases under review range from sale of spare aircraft parts to purchase of paper cups and serving drinks during flights, according to FIA letters available with The Express Tribune.

“This was much needed in the case of PIA where all the internal inquiry reports end up in the cold storage,” said an airline official. “But the process is really humiliating as general managers have to wait for hours before questioning begins. They feel like criminals.”

Contracts, which the airline awarded as far back as 2003, are under scrutiny.

These include matters like payment of $72,025 made and subsequently recovered against a fake purchase order, favourable tender for purchase of baggage wrapping machines and preference given to vendors.

Other cases relate to irregular award of contract worth Rs47 million for refurbishment of chairman’s secretariat and executive offices and dirty dealing in purchase of portraits worth Rs3 million.

The national flag carrier has been running losses for consecutive years and its survival depends on government-guaranteed loans. It is generally believed that nepotism and corruption have contributed to the financial crisis.

However, airline executives strongly contest the claim saying that a liberal aviation policy and lack of financial support from its largest shareholder – government – are two key reasons for its current problems.

The FIA probe has added to the pressure on the airline officials, who are already being hammered for PIA’s poor performance.

“I am not saying all of us are clean and there is no indiscretion going on around here but all the cases of corruption put together would make up a small part of our financial woes,” said a senior official.

Often the standard procurement guidelines work against the state-run organisations.

This happened to PIA when it tried awarding a contract for supplying fruit during flights. As per the Public Procurement Regulatory Authority’s rules the award goes to the lowest bidder.

But in this particular case the lowest bidder was a little known company with no credentials. After considering the customer feedback, the tender was awarded to the highest bidder, a multinational brand.