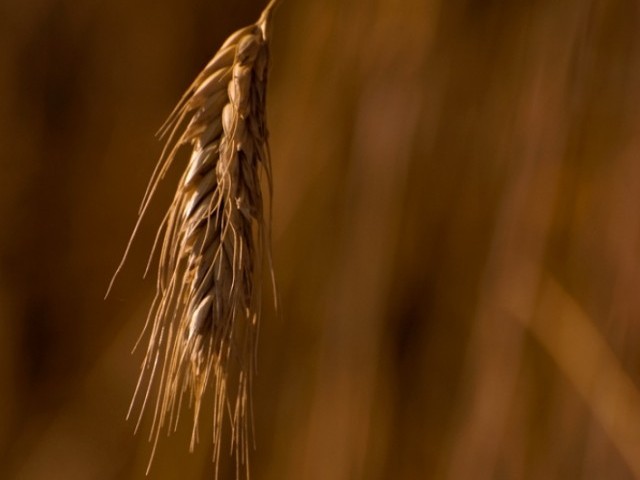 He said the committee would meet on Thursday evening or on Friday.

The wheat procurement drive is scheduled to start on April 20.

Yasin said, personally, he was not in favor of raising the support price because it would result in an increase of flour price.

Asked whether it was possible to keep flour prices stable at the current level (Rs2,000 per 40kg), the minister said this was one of the points to be discussed at the meeting with stakeholders.

The Punjab government has fixed the purchase price for its procurement drive at Rs1,200 per 40kg and the Sindh government at Rs1,250 per 40kg. Agriculturists say the rural economy of the Punjab is thus set to lose out Rs8.8 billion.

The government had last week imposed an inter-district and inter-provincial ban on transportation of wheat.

Abdul Hamid, a wheat farmer from southern Punjab, said the private businesses had been offering farmers Rs1,400 for 40kg of wheat but the announcement of a low support price and the imposition of a ban on wheat transportation had discouraged the private buyers. He said the transportation ban had forced the farmers to accept lower prices.

He said many farmers wished to sell their crops early to pay their loans incurred for fertilisers, oil and seeds and to prepare for the next crop.

Most farmers in the area, he said, got only Rs1,100 per 40kg after paying around Rs100 to procurement officials.

Hamid pointed out that the Sindh government had raised the wheat support price to Rs1,250 per 40kg and demanded that the Punjab government follow suit.

Senator Mohsin Leghari too has urged the government to revise the support price.

Asked for his comments on the situation, Pakistan Peoples Party leader Shaukat Basra said the rural economy had suffered under governments led by Pakistan Muslim League-Nawaz.

“Rural economy is the backbone of country’s economy. The government should not only raise its wheat purchase target but also the support price.