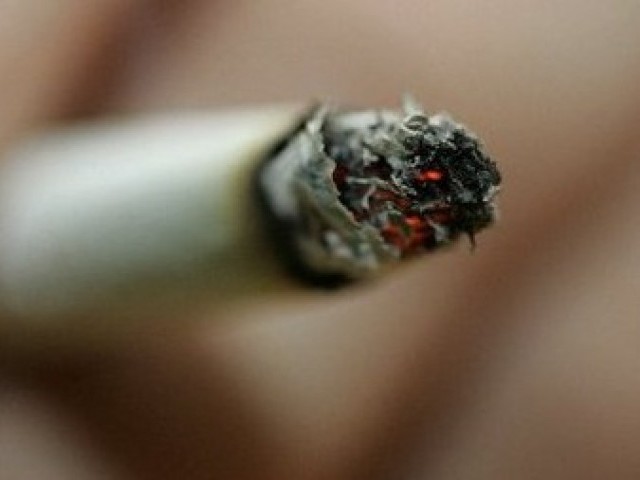 RAWALPINDI: Smoking is deadlier than suicide attacks. The Network for Consumer Protection (TN) arrived at that conclusion based on the fact that around 98,640 people (274 per day) die of tobacco-related diseases every year in Pakistan. Suicide attacks, on the other hand, have claimed around 6,000 lives in the past nine years.

In a discussion with journalists, TN highlighted the importance of curbing smoking in the country. The event was held at the Rawalpindi Press Club on Thursday.

The speakers presented smoking as a more serious threat than suicide bombings and made a case for stricter polices and increased vigilance against this ‘deadly activity’.

Presenting a recent report by Asian Development Bank, the speakers said that Pakistan had witnessed around 332 suicide attacks since September 11. These attacks have claimed 5,704 lives and injured thousands, besides damaging property worth billions of rupees.

Moreover, the government has spent around Rs1.63 billion as compensation to the victims of these attacks in the past two years.

On the other hand, they said there were around 25 million smokers in the country. “One authoritative estimate puts the number of tobacco related deaths at 100,000 per year, which equates to 274 deaths a day,” said a speaker.

Past surveys (NHSP 1990-94, PHES 1999) showed 55 per cent of households had at least one smoker. And recent data shows aggravation of the problem.

Representatives from TN said that 40 per cent of males and nine per cent of women indulge in smoking. The annual per capita consumption of tobacco in the country has been recorded at 391 cigarettes per adult per year, “making it a bigger concern for the common man,” he added.

Speaking on the occasion, TN Advocacy and Research Coordinator Dr Anwar Rafay said it was the joint responsibility of the media and anti-smoking advocates to ensure the implementation policies to discourage the habit.

“Framework Convention on Tobacco Control guidelines and the Prohibition of Smoking and Protection of Non-smokers’ Health Ordinance 2002 should be enforced to bring about the desired change,” he said.

Journalists asked about clandestine promotional activities of the tobacco industry. They were told that recently a tobacco giant was found promoting its activities under the garb of corporate social responsibility.

“Around 1,200 new children in the age group of 6-15 start tobacco intake daily. Tobacco companies should not be given any encouragement by the media even to highlight their humanitarian activities,” Dr Rafay concluded.