Two-thirds get electricity: Less than half of Pakistanis have access to sanitation, says WB

Two-thirds get electricity: Less than half of Pakistanis have access to sanitation, says WB 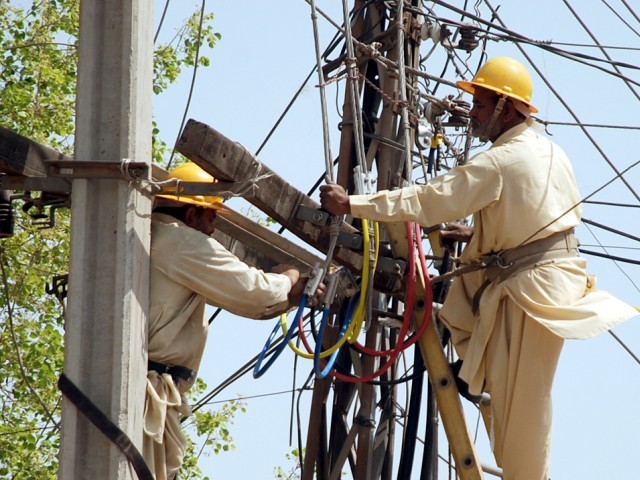 Due to years of negligence and lack of investment only 67% of the country’s population has access to electricity, according to the report. PHOTO: ISRARUL HAQ/EXPRESS

A latest World Bank report shows that less than half of Pakistanis have access to sanitation and only two-thirds to electricity. In such a scenario, the global lender has suggested Islamabad invest Rs2.5 trillion every year to close infrastructure gaps, which is necessary to alleviate poverty.

The report – Reducing Poverty by Closing South Asia’s Infrastructure Gap – is the first analysis of the region’s infrastructure needs by the World Bank. It has found huge infrastructure gaps in six critical socioeconomic areas that in Pakistan’s case require financing higher than the country’s total tax revenues.

The drawbacks of ignoring investments in transport, electricity, water supply and sanitation, solid waste, telecom and irrigation are that the country’s economic growth will be slow, poverty will inch up and the development goals will never be achieved, according to the report.

In terms of percentage, every year Islamabad will have to invest at least 6.6% and at most 9.5% of its total national output in meeting deficiencies in these critical areas. For the current year, the estimated size of Pakistan’s economy is Rs26 trillion – one-tenth of this amount is around Rs2.5 trillion per year.

Contrary to these gigantic financing requirements, the total federal Public Sector Development Programme for the current fiscal is Rs420 billion, which is just 1.6% of the GDP. While the tax collection target for this fiscal is Rs2.475 trillion and the expected receipts will be Rs2.3 trillion.

The situation in Pakistan was quite interesting due to fiscal constraints, said Luis Andres, the co-author of the report while speaking from Washington through video link.

“To close the huge financing requirements, the dollars could come from government investments, increased efficiencies and private sector investment,” according to the authors. Andres said successful implementation of reforms in Pakistan could fetch foreign direct investment to fill the financing gaps.

Due to years of negligence and lack of investment only 67% of the country’s population has access to electricity, according to the report. To increase access and keep pace with the growth rate, the country needs to invest from 3.7% of national output, or Rs951 billion, to 5.5%, or Rs1.4 trillion, per annum on electricity, the report states.

Once growing urbanisation has also significantly slowed down in Pakistan and now about 35% of the population lives in cities, said Dan Biller, the co-author of the report. He added that huge infrastructure gaps and low purchasing power were the main reasons behind slow urbanisation.

The reports suggests that the South Asian region could close huge infrastructure gaps but required $2.5 trillion investment, which could be tapped from both private and public sectors as well as by introducing reforms. In South Asia, 71% of the population has access to electricity, ahead of sub-Saharan African but far behind the rest of the developing world.