The so-called peace proces­s has turned into a farce exacti­ng a heavy toll on the alread­y dwindl­ed state legiti­macy.
By Raza Rumi
Published: March 21, 2014
Tweet Email 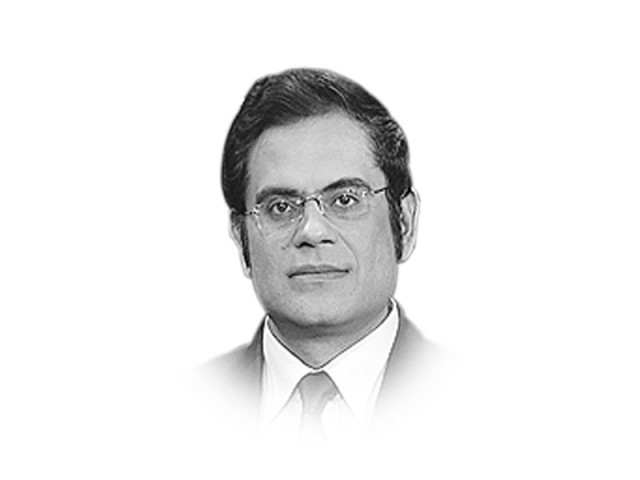 Pakistan’s government has appointed a new committee to conduct ‘peace talks’ with the Taliban. The old committee, with journalists acting as peace-brokers, has been replaced by a coterie of bureaucrats who, in spite of their solid credentials, are likely to be men without a mandate. The talks between the TTP and the government in Islamabad will remain in a flux as the right-wing politicians most keen to engage with them still refuse to deliver on what they have sold to the general public — that you can actually negotiate with groups that have killed 50,000 Pakistanis including over 4,000 security personnel. Why do the government’s peace committees have no politician in them?

A recent report by The Wall Street Journal stated that the Pakistan Army has lost almost twice as many soldiers in the conflict with Taliban fighters as the United States (March 10, 2014). Yet, the civilian government and the army are opting for negotiations. This baffles plain logic unless there is a greater strategy at work. The civilian leadership seems split as the interior minister defends the TTP, while the defence minister warns of a military operation. At the same time, most of the demands put forward by the TTP can only be met if the military agrees to deliver on them. Thus, the future of talks remains dogged by this inherent divergence in the power structure within Pakistan.

Assuming that talks succeed and there is a civil-military consensus on the kind of concessions that need to be given to the militants, violence will only end temporarily. The sources of conflict and militancy are structural in nature and require a political shift along the lines that the national internal security policy suggests. Since the 1980s, extremist ideologies have penetrated the Pakistani society. Take the example of teaching benefits of jihad to children. Pakistani curricula guidelines since the 1980s had overtly required that the textbooks teach the virtues of jihad. Almost three generations have grown up imbibing such ideas. Changes under Pervez Musharraf revised some of this pedagogy but still, high school students learn that “Pakistan is an ideological state, and is based on Islamic ideology” (A Punjab textbook for Class X). Thus, the vague ideological frontiers mantra promotes exclusion and acceptance of faith-based narratives as supreme and just.

The TTP has unequivocally stated that they want to impose their version of Sharia and undo the current structure of state almost at gunpoint. The allies of the TTP such as the Laskhar-e-Jhangvi make it clear that their worldview has no place for Shias, Ahmadis and other brands of ‘infidel’ belief systems. This is why the current government is stuck between the imperative of keeping Punjab (where militant organisations have a social base) stable and ending violence in the rest of the country. It has also been stated (later denied) that the Pakistani security apparatus does not have the capacity to effectively dismantle the militant infrastructure across the country.

In recent weeks, I have met several middle-ranking and junior officials of the armed forces (ironically at the Karachi and Lahore literary festivals) who, on conditions of anonymity, expressed their outrage at the way the TTP were killing their colleagues. Most blamed the civilian leadership for not taking a clear stance on the militant networks. It would not be out of place to conclude that a similar sentiment prevails at the senior levels. With 4,000 lives lost and 13,000 personnel injured, the ‘enemy’ for the armed forces would be clear by now. What then prevents a decisive strategy?

The most obvious answer is Afghanistan where major transformations are about to occur. A presidential election next month will be followed by the drawdown of foreign troops. For the Afghan Taliban, this is a victorious moment and Pakistan’s sympathies are well known in this context. We have sufficiently laundered them as ‘good’ militants who have fought the evil ‘imperial’ force. How far would the Pakistani Taliban support them in their quest for power is an open question. In the short term, it is likely that all groups sharing the same overarching ideology will make a joint effort to claim their space in post-Nato Afghanistan.

The prospects of a ‘friendly’ government in Afghanistan are marred by the raised morale of the TTP as they would gain further strategic space to operate in Afghanistan. Their clout and ability to strike at the Pakistani state will increase manifold.

The constrained ability of Pakistani forces to chase them into Afghan territory would only result in more violence within Pakistan. Even the scions of militant organisations from ‘peaceful’ Punjab would be further empowered. In the 1990s, when the Sharif brothers tried to crack down on sectarian outfits, Afghanistan provided sanctuaries to the leaders of these banned outfits. With the increased dependence on Saudi petrodollars and strategic compacts with Bahrain and the UAE, it would be even more difficult to touch the Punjab-based sectarian outfits.

This is why indecision and ‘biding-time’ are strategies that smack of short-termism. Pakistan’s civil and military elite will have to stop viewing the Taliban as diverse, flexible phenomena that can suit our strategic requirements. The good and the bad are all interlinked. Politicians are now debating who among the erstwhile ‘bad’ groups are ‘lesser evils’.

The so-called peace process has turned into a farce exacting a heavy toll on the already dwindled state legitimacy.

Are we wilfully allowing the Taliban network to grow stronger for an uncertain victory abroad? Or are we witnessing a policy paralysis in Islamabad? These are some of the questions that need to be addressed urgently.