Pakistan all set to import electricity from India

Pakistan all set to import electricity from India

Draft of MoU was handed over to Indian author­ities in New Delhi.
By Zafar Bhutta
Published: March 20, 2014
Tweet Email 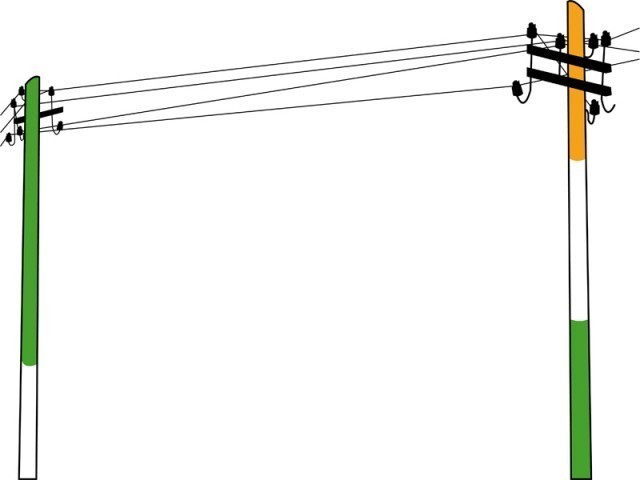 Pakistan would import 500MW of power initially, to be enhanced to 1,200MW at a later stage. DESIGN: TALHA KHAN

As the World Bank (WB) has offered to finance the feasibility study and transmission line to import 1,200 megawatts (MW) of power from India, Pakistan has sent the draft of the initial power trade deal to its eastern neighbour despite opposition from various quarters.

Sources told The Express Tribune that a pre-feasibility study was completed to identify the routes for electricity import.

“Now, the World Bank has also offered to finance a feasibility study along with the (installation of) transmission line to import 1,200MW power from India,” a senior government official said, adding that a draft of Memorandum of Understanding (MoU) was handed over to Indian authorities in a recent meeting held in New Delhi.

He said India would respond to Pakistan after going through the draft of initial deal. Pakistan would import 500MW of power initially, to be enhanced to 1,200MW at a later stage. The plan could be implemented within a year by laying a transmission line, he added.

“The estimates of required finance will be known once a feasibility study is done,” he said, adding that only the route of transmission had been identified in the initial study.

Different quarters in Pakistan criticise the proposed deal with India which had dragged Pakistan into international courts over water issues.

At a time when the international court allowed India to divert water from the Neelum-Jhelum River for the Kishanganga Dam in Indian-controlled Kashmir, Pakistan was going to sign an initial deal for import of electricity from New Delhi to overcome a crippling power crisis.

It must be noted that the Kishanganga Dam is likely to hurt the 900MW Neelum-Jhelum hydropower project being set up in Azad Jammu and Kashmir (AJK).

New Delhi had told Islamabad that it faced problems in interconnection of power; however, Pakistani officials insisted such issues would be resolved later and the two sides were now set to sign an MoU for electricity trade, he added.

Sources said preliminary discussions with India were underway and tariff matters still needed to be finalised. “However, the MoU will be an initial commitment to India,” the official said, adding the government of Pakistan was also working on other power import projects like Casa-1,000MW and electricity purchase from Iran.

Pakistan is currently importing 35MW of electricity from Iran to meet requirements of Gwadar, while work on increasing it by 100MW is going on. The two sides signed an agreement on the project in 2007.

Pakistan also has another project in the pipeline for import of 1,000MW of electricity from Tajikistan under Casa-1000 programme. Feasibility report of the project has been finalised and work is expected to be completed by 2016.

The country’s power production ranges between 10,000MW and 16,000MW against total installed capacity of 21,000MW. Globally, most countries generate 80% of their power requirements from their installed infrastructure, but Pakistan’s generation capacity only meets 65% of the needs due to old plants, poor maintenance and circular debt.