Both countr­ies are poised to sign an MoU for electr­icity trade.
By Zafar Bhutta
Published: December 29, 2013
Tweet Email 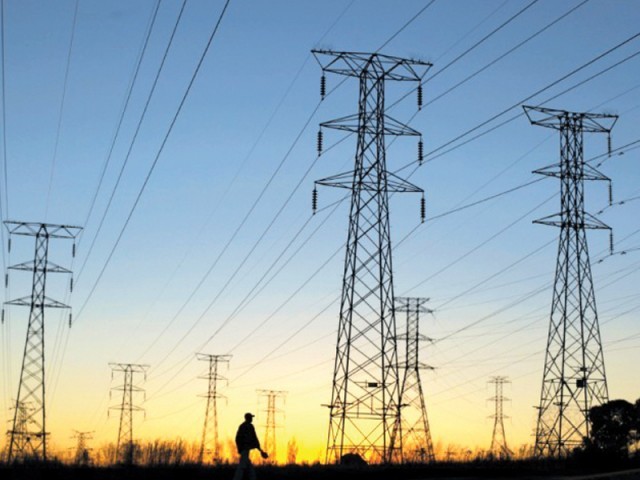 A 700-kilometre transmission line of 500 kilovolts will also be laid from the Pakistan-Iran border to Quetta. PHOTO: FILE

Pakistan and Iran are set to sign an initial deal for the supply of 1,000 megawatts of electricity to overcome the crippling energy crisis in Pakistan.

Sources told The Express Tribune that the Ministry of Water and Power was calling for the vetting of a draft of memorandum of understanding (MoU) to be signed with Iran for electricity import.

“Pakistan will be paying 8-11 cents per unit of electricity under the formula agreed with Iran,” a source said.

Under the project, Iran will build a powerhouse in its Zahedan province bordering Pakistan to generate electricity for export. Iran has also expressed its willingness to provide a loan of $800-$900 million for the project.

A 700-kilometre transmission line of 500 kilovolts will also be laid from the Pakistan-Iran border to Quetta.

During the previous government, Iran had also expressed interest in setting up a 200MW power plant in Balochistan. Tehran was also keen on installing smaller plants of 25MW each on the ground as well as on barges to help Pakistan overcome the power crisis.

But all the plans stalled due to the sanctions imposed by the West. Iran had offered to export 10,000MW of electricity during the tenure of the previous government.

According to energy experts, the Iran-Pakistan (IP) gas pipeline project has been facing problems due to sanctions imposed by the United States on Tehran.

“So, it may also be difficult for both countries to press on with the 1,000MW power import project unless US sanctions are lifted,” an expert said, adding Pakistan was already facing problems in clearing dues for 74MW being imported for Gwadar.

“The main issue hampering the implementation of the projects is the delay in clearance of Iran dues,” he said, adding other countries like Turkmenistan and Turkey were also facing payment issues with Iran in gas trade.

Iran owed Turkmenistan $1 billion in December 2012 for gas import and due to difficulties in transfer of funds. On the other side, during the same month, Turkey offered barter trade and payment in gold to Iran for the import of natural gas due to hurdles to cash payments.

At present, Iran is exporting 74MW of electricity per day to the border areas of Balochistan as well as Gwadar, but Pakistan has not been able to carry out banking transactions with Tehran since June 2011 after the US and European Union intensified sanctions.

Iran has been exporting electricity through a 132-kilovolt transmission line. In 2006, Pakistan was importing 39MW, which was later increased to 74MW.

Earlier, the Iranian firm exporting electricity to Pakistan had threatened to cut supplies because of delay in settling the dues.