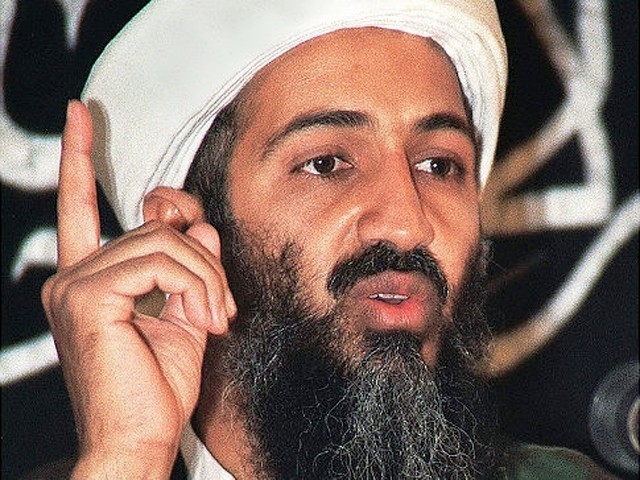 DUBAI: Al Qaeda leader Osama bin Laden warned France on Wednesday that its planned ban on the veil in public places and its involvement in the war in Afghanistan justified violence against its nationals.

France expressed concern and insisted on the need for vigilance, adding however that authorities were verifying the authenticity of the remarks. In an audio recording aired by Al-Jazeera television, Bin Laden said last month’s kidnapping of seven foreigners, five of them French, in the Sahara desert in northern Niger was a warning.

“How could you take part in occupying our countries and support the Americans in killing our children and women, and then expect to live in peace and security?” Bin Laden asked. “It is very simple — as you kill, you will be killed, as you take hostages, you will be taken hostages, and as you compromise our security, we will compromise your security,” he said in the message, which lasted 1 minute 55 seconds.

The al Qaeda leader warned the French government to pull its troops out of Afghanistan. “The way to protect your security is to bring your tyranny against our nation to an end, most importantly to withdraw from the damned war of (former US president George W) Bush in Afghanistan,” he said.

“We do know that the (terrorist) threat is real and vigilance must be total,” Hortefeux told a National Assembly meeting in Paris. “Based on what we currently know, these declarations only justify maintaining our response based on the terrorist threat,” he said, referring to France’s Vigipirate national security system which is now red alert — one down from the highest scarlet level. Hortefeux — who earlier this month said that Saudi security forces warned about an al Qaeda threat to Europe and to France in particular — said authorities were verifying the authenticity of the remarks.

“Supposing they’re authentic they would be part of various threats that have been made against our country and our nationals, abroad and in France.”

The seven hostages — five French nationals, a Togolese and a Madagascan — were seized in a Niger uranium-mining town on the night of September 15-16. They are believed by intelligence agents in countries concerned to be held in an area of the Sahara desert in neighbouring Mali.

“The kidnapping of your experts in Niger… is in retaliation for the tyranny you practice against our Muslim nation,” Bin Laden said of the abductions, which have been claimed by al Qaeda’s North African branch. The message broadcast by Al-Jazeera was accompanied by a still photo of Bin Laden and a blurred picture of what appears to be policemen pulling off a woman’s veil to reveal her hair.

Bin Laden, who is believed hiding out in remote mountains between Afghanistan and Pakistan, highlighted the French parliament’s passing of a law last month banning the wearing of a full-face veil in public. The ban, which will come into force early next year if it is not overturned by senior judges, triggered criticism in some Muslim countries, with Islamic authorities in Asia warning that it could spark a violent backlash.

“As you wrongly have decided that you have the right to ban Muslim women from wearing the veil, is it not our right to drive out your conquerors by killing them?” Bin Laden asked.

Paris-based expert on Middle Eastern Islamist groups, Dominique Thomas, told AFP that the message was also a “blessing” to the al Qaeda militants who carried out the kidnappings. “By sending this message to France, Bin Laden also sends a message to… militants to thank them for the kidnapping,” Thomas told AFP. “It’s like a blessing.” “In his message, Bin Laden is saying: France undermines the values of Islam, so we injure its interests,” said the French expert.

“Today there is a real stigma against France, considered by al Qaeda as one of the major enemies of Islam and the Ummah (Islamic nation), along with the United States and Israel,” he said. The last message from the elusive al Qaeda chief was in early October, when he issued a call for aid to flood victims in Pakistan.