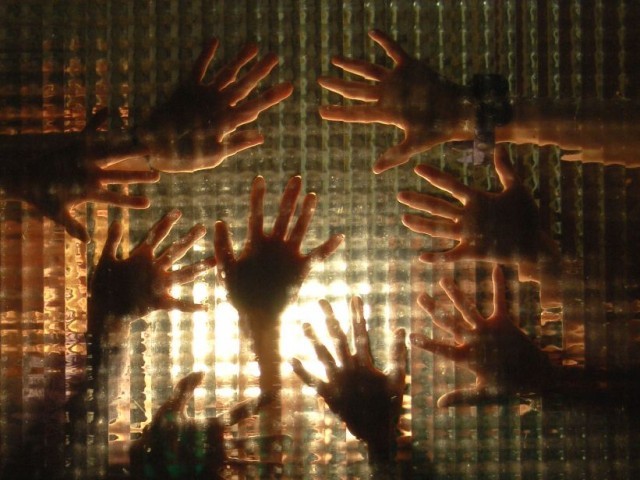 Her family says police are hesitant to take action against the ‘influential’ accused. PHOTO: FILE

A 22-year-old woman declared vani by a panchayat in Chiniot was kidnapped, married forcibly, ‘divorced’, kidnapped again, gang-raped and tied to a tree in the street while stripped.

*Mushtaq, a relative of the woman, *Safia, a resident of Mawar Bhattian, told the media that her brother, *Hakimullah, had married one *Tasneem Bibi on February 27 without her family’s approval.

“*Tasneem’s father called a panchayat. Gulsher, Amanullah, Sikandar, Zafar, Anwar and Nasir, the jury, at the panchayat declared *Safia vani and ordered that she be married to Tasneem’s brother, Wasim,” he said.

“They took her thumb impressions on a nikah nama and declared that she was married to Wasim.”

Mushtaq said when Safia refused to accept the panchayat’s orders the panchayat members kidnapped her on March 1, 2014. “She was forcibly taken and detained at Wasim’s house… On March 15, he ‘divorced’ her… she was then taken by *Anwar, Tasneem’s uncle, to his haveli.” Mushtaq said Anwar and his three accomplices raped Safia. “Later, she was stripped and tied to a tree,” he said. He said her family filed a complaint with police but the police did not take any action.

“She was released after some villagers begged Anwar to let her go.” She was produced in a court and a judicial magistrate issued orders for registration of a case.

He alleged that the police were still hesitant to take action against the “influential” accused.

District Police Officer (DPO) Munir Zia said the police had registered a case against a dozen people. “We are waiting for medical examination report… further action will be taken after the report is received.” He said a police team had been constituted to arrest the suspects.

*The names have been changed to protect identities