How the media made a big deal out of Thar

How the media made a big deal out of Thar 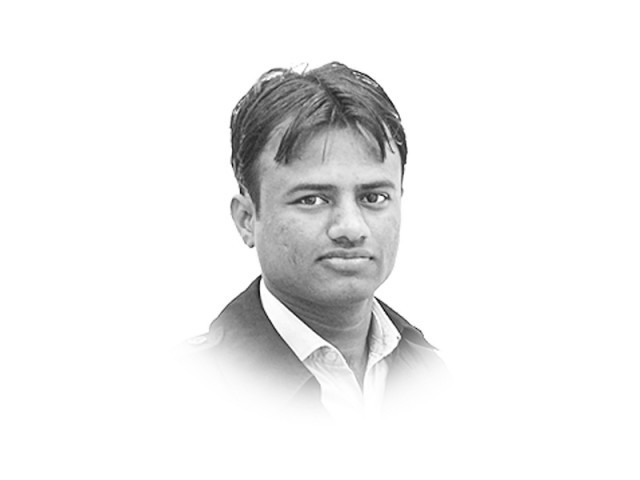 The writer is a human rights activist and a freelance writer. He can be reached @kdsindhi

“Crisis-driven media cannot afford to hang about for too long. As a business needs cash turnover, the media needs a crisis turnover and are engaged in crisis production that seeks to find ways of manufacturing them in an easily consumable, spectator-friendly format.”

The above words of Arundhati Roy represent the exact scenario of the media in Pakistan, particularly in the current situation of drought or famine in Tharparkar. A believer of theology would say that disasters, calamities and catastrophes are divinely ordained, but here in our country, the media seems to be so powerful that it can bring disasters too. Recent reports of death tolls of children in Tharparkar have created panic as if an island of aliens has been discovered.

Suddenly, the media’s lens focused on thatched huts of the ignored people of Tharparkar, sand dunes, their lifestyle, poor health facilities, and the non-availability of drinking water. Social media thundered with morphed images of food-starved nations of Uganda, Ethiopia and Congo sensationalised captions and headlines comparing them with the ‘drought-hit’ people of the desert. The issue would not have created much hype if mainstream Urdu media had not highlighted this in every news bulletin. Several issues of Sindh are not highlighted in mainstream Urdu media.

The drought was officially declared in August. Where was the mainstream media back then? Why is the drought and disaster being highlighted in March? Migration of the local people, particularly of the Bheel, Kolhi and Meghwar communities in February or March, is a regular pattern as they go to riverine areas for a few months for wheat harvesting. Rains in Tharparkar start in June so people move to riverine areas for livelihood, but later return. Tharparkar has always remained ignored, be it for health, education or any form of development. It has lacked health facilities for many decades. The facts and figures of the death toll being reported are inaccurate; also not all children died of malnutrition/food-starvation, but due to several other reasons as well.

It is said that every disaster is an opportunity, but here, a man-made, media-driven and manufactured disaster is a golden opportunity. Tharparkar had not been on the media’s radar till huge coal deposits were explored here, and now, when an overnight drought-cum-disaster emerged. It is because of this ‘drought’ that the prime minister had to pay a visit to Tharparkar –– his second in a month (last time he came here was to inaugurate the Thar Coal Power Project along with former president Asif Ali Zardari). Patron-in-Chief of Pakistan Peoples Party Bilawal Bhutto came out of the twitter world and accompanied the PM on his visit.

Anti-PPP elements got a golden opportunity to blame the provincial government for the ‘disaster’. I am really grateful to my journalist friends who called me to inquire if everything was okay at home and for regular updates from the region –– since I belong to the desert region. But I would like to invite them to kindly come out of the cyber and electronic media world and check the ground reality. Don’t get trapped by the sombre background music and headlines depicting dismal, dejected and dull pictures of the desert showing a dramatic ‘disaster’.

A disaster that never was –– was just a media and man-made one with lack of investigative journalism and proper reporting on the part of local journalists. The media should play a responsible role so that real disasters are not overshadowed or ignored by these dramatic and manufactured ones.

Radar recording: Civil Aviation say they have no clue about about missing Malaysian plane