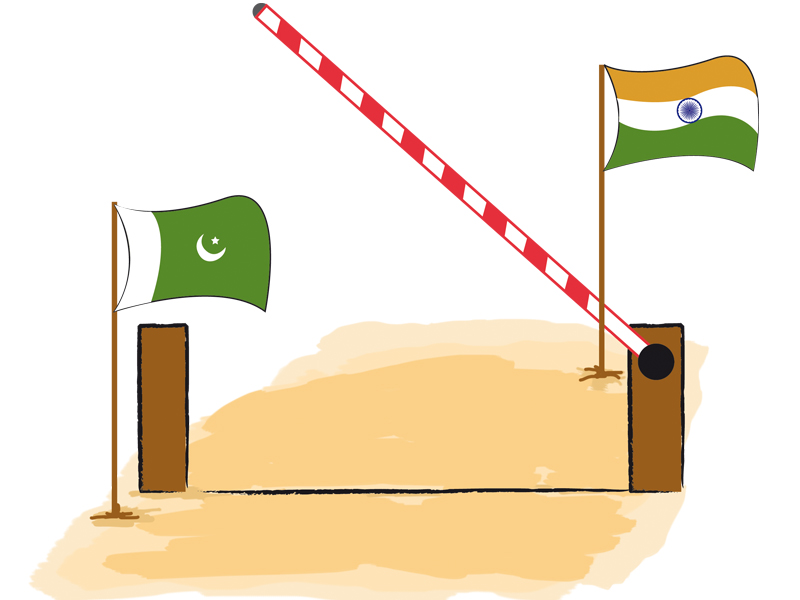 Pakistan and India are very close to clinching a deal on complete trade normalisation after New Delhi accepted Islamabad’s demand to remove textile products from its prohibitive list, an aide to Prime Minister Nawaz Sharif told The Express Tribune on Friday.


Both sides have reached a broader understanding on how to move forward on the issue of liberalising bilateral trade and overcome associated obstacles, said Miftah Ismail, special assistant to the prime minister and chairman of the Board of Investment.

Ismail is the first senior government official to speak at length about Pakistan-India trade talks, which have so far been held behind closed doors. He said both sides would simultaneously announce Non-Discriminatory Market Access on Reciprocal Basis (NDMARB) status for each other.

NDMARB was coined after the term Most-Favoured Nation (MFN) became controversial. The new term will grant India the same benefits as envisaged under MFN.

A special government panel chaired by Finance Minister Ishaq Dar has already decided to ask the federal cabinet to approve a fresh roadmap for granting NDMARB to India. A summary will be moved to the cabinet shortly and it is expected that both sides will notify changes by March 31, according to finance ministry officials.

On the other hand, Ismail said that despite India’s claims that it had granted MFN status to Pakistan in 1996, New Delhi has so far not allowed Pakistan free market access. “There are restrictions on investment from and in Pakistan, for instance,” he said. “Until these restrictions are there, India cannot claim it has given Pakistan MFN status.”

“As a nation we have sacrificed a lot while setting up the auto industry and we will protect it,” he said.

Meanwhile, India has accepted Pakistan’s demand to exclude 160 items – mainly textile products – from its Pakistan-specific Sensitive List, Ismail told The Express Tribune. India, he said, will also bring down the list from 614 items to 100 items.

As a first step towards NDMARB, Pakistan will allow India to import all goods through the Wagah-Attari border, Ismail said. The border would also remain open 24 hours a day, he added. According to him, the containerised movement of goods across the border will replace current labour-intensive practices.

Ismail said Pakistan has not compromised on anything while deciding to liberalise the trade regime with India. He said if India tried to create obstacles in the way of Pakistani goods, Islamabad would respond with the same intensity.

“Trade normalisation will triple the volume of Pakistani exports to India immediately,” Ismail said. He added that imports from India will substitute expensive machinery imports from Europe and West.

“In the end, it will be the consumers who will benefit from trade normalisation.” 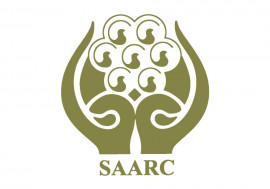 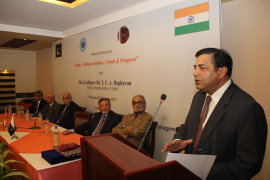 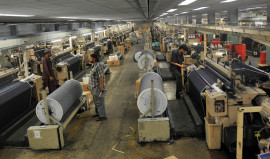 Anyone who supports MFN/NDMA to India lacks any understanding of economics.

I recommend every Pakistani read Ha Joon-Chang's books (he is possibly the world's foremost development economist today) "Kicking Away the Ladder: Development Strategy in Historical Perspective" and "Bad Samaritans". He unequivocally proves that the neoliberal economics nonsense western nations are pandering regarding the "benefits" of Free Trade and other trade agreements that reduce trade barriers is the exact opposite approach they took to become wealthy and they're actually promoting reduced trade barriers to benefit themselves.

Virtually all of the worlds most successful economies developed under protectionist policies that employed tariffs, duties and taxes to protect local industries. It was only after domestic industry had industrialized and was able to compete with other economies that benefited from economies of scale or were better established (i.e. began operations in the early 1900s) did they open up their economies to foreign competition and even then they employed subsidies to protect their domestic industries.

Here are some examples confirming the Britain, France, the US and finally Canada outlining how they all originally started off with very high tariffs that decreased over time as the economies industrialized and they opened up to foreign competition: http://akarlin.com/wp-content/uploads/2013/01/uk-france-tariffs2.png http://images.flatworldknowledge.com/rittenberg/rittenberg-fig17009.jpg https://www.fin.gc.ca/ec2005/images/agc65e.gif

Here is a chart outlining the fact that even after lowering tariffs many of today's most successful economies would re-employ them during times of economic hardship (ex. Great Depression during the 1930s) to bolster their own economies: http://akarlin.com/wp-content/uploads/2013/01/international-tariffs1.png

The same statements that are being made in favor of NDMA/MFN for India were being made back in 2005 to 2007 relating to our Free Trade agreement with China but since then our trade deficit with them has grown by 53% http://www.dawn.com/news/784965/trade-deficit-with-china-up-53pc

Pakistan has some major problems when it comes to dealing trade with India:

India's industries benefited from market of scale so they've developed to service a much larger domestic population. This means that they're buying more raw materials at cheaper rates and producing cheaper value added products.

Pakistan is suffering from a severe power crisis. What this has lead to is Pakistani businesses needing to pay more for electricity than Indian or even Bengali companies all the while they're operating at reduced capacity which reduces the amount of raw material they can buy in turn increasing the rate they pay for them and the value added products those industries create making them uncompetitive.

India provides massive subsidies particularly to its agricultural sector which many nations (including those in the West - including Canada) have complained about in the WTO. These subsidies are 4 times larger than what Pakistan employs so how can our agricultural sector (which employs almost 50% the country and accounts for almost 25% of the GDP) compete?

This trade agreement will ruin Pakistan.

The reason Nawaz Shariff is pushing for this is because the IMF has demanded that Pakistan both grant India MFN and import electricity from it in order to qualify for loan guarantees. Pakistan does not need IMF loans it simply needs to raise tax revenue which it has not just failed but refused to do. Pakistan's tax to GDP ratio stands at a measly 10% of GDP because the country is refusing to go after individuals who refuse to file and pay personal income taxes (ex. we have about 3 times more people who own passenger vehicles than actually file personal income taxes), the country has an abysmal VAT collection efficiency (stands at about 25% while Sri Lanka's stands at 45% and Sweden at 90%) and there is rampant corruption concerning the collection of corporate income taxes.

The IMF/WB made an absolute mess of Greece, they are responsible for imposing bad trade deals on Africa that resulted in their poverty and now they're pushing their failed policies on Pakistan while Nawaz Shariff, like the idiot, is trying to push a deal that will worsen Pakistan's economy all because he can't do his job and give the NAB free reign to increase tax revenue collection and prosecute those who have failed to file and/or pay their taxes.

@ Salem on contrary Indians will buy pakistani goods than costly indian goods because of currency difference in favour of pakistan. Plus india is huge market the demand is very high and they have purchasing power Pakistan will benefit in long run in cement,textile etc.

Strong trade ties is the answer to reducing tensions - like India's equation with China has shown. Sure, fissures show up from time to time but due to the strong trade relations, both parties are keen not to rock the boat too much. I hope the same equation develops between India and Pakistan. This does not mean that all issues have to be resolved first - just like with China. Some of them must be left for future generations to resolve.

I am very skeptical of Pakistani industry that it will be able to compete with Indian. Has anyone studied consequences if Pakistani industry is unable to match prices of Indian goods? Then what Pakistan is going to do? Sell India cement so that it can build infrastructure against import of onions?

when last PPP Government tried to liberalize trade; media make hue cry let should not let this to show that they are biased against PPP.

Trade liberalization is win win situation for both countries

That is so good to be opened the gate for trade in recent condition of Pakistan.i can be for the beneficial for our Nation and would be better in further circumstances.