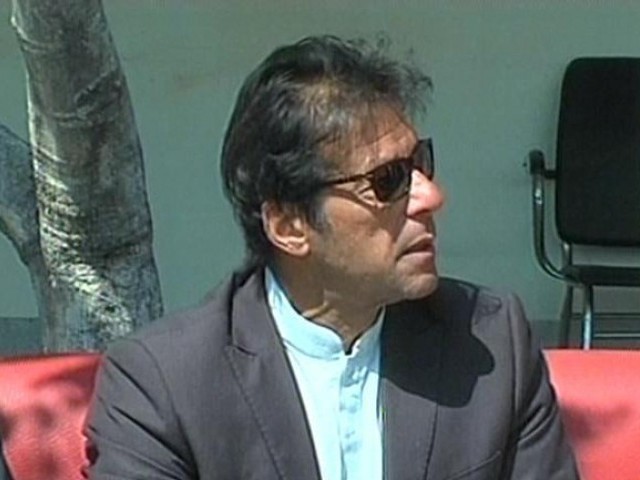 An Express News screengrab of the press conference.

During a press conference in Islamabad along with World Health Organisation (WHO) Director General Magaret Chan, Imran said Khyber-Pakhtunkhwa government was focusing more on Peshawar than the rest of the province because the city has a higher incidence of polio.

“Most of the cases from the province are from Peshawar; the virus was found in the city’s sewerage system,” he said, adding that the provincial government – after making Peshawar polio-free – will move to other areas as well.

The WHO had declared Peshawar the largest reservoir of endemic poliovirus in the world, with more than 90% of the current polio cases in the country genetically linked to the city.

Responding to a question regarding transparency of the vaccination campaign, Imran stressed that the provincial government was just providing resources such as health workers, police and transport, and the money was handled by various donors.

Prime Minister Nawaz Sharif told the WHO director general  that he has called a meeting with all four chief ministers to discuss a strategy to eradicate polio from the country.

The premier said that sacrifices made by polio workers will not go to waste, adding that the government’s plans will be implemented to ensure that the disease was eradicated completely.

Nawaz said that attacks on polio workers will not affect government’s resolve against the crippling virus.

Polio workers and those protecting them are targeted in many attacks throughout the country. On March 11, two police constables providing protection to polio teams were killed in Dera Ismail Khan.

Militant groups see vaccination campaigns as a cover for espionage, and there are also long-running rumours about polio drops causing infertility.

According to the World Health Organisation, Pakistan recorded 91 cases of polio last year, up from 58 in 2012.