Judges not taking part in legal procee­dings after a distri­ct court in Islama­bad came under attack.
By Web Desk
Published: March 4, 2014
Tweet Email 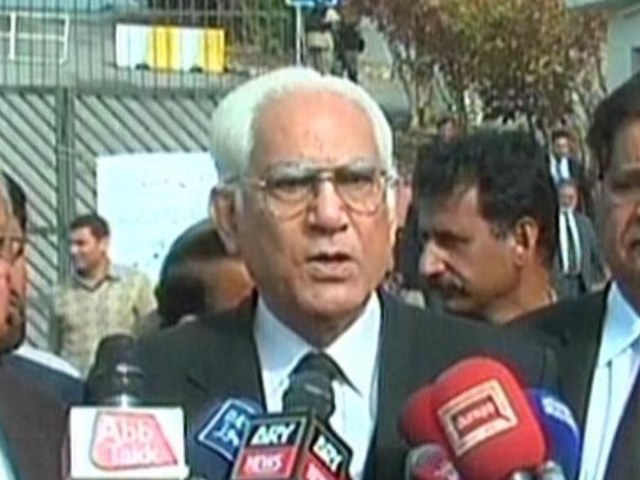 ISLAMABAD: The three-member bench of the special court was a no-show for the hearing of the treason case against former president Pervez Musharraf, stating that the court was not secure, Express News reported on Tuesday.

Referring to yesterday’s attack inside a district court in Islamabad, the judges told the registrar that the special court was also located in the same city and was not safe, therefore they would not appear in court today.

Due to the absence of the judges, the hearing was postponed to March 5.

Speaking to the media, Musharraf’s advocate Ahmed Raza Kasuri said that the local bar in Islamabad has boycotted all legal proceedings in the city for a week. He stated that Musharraf’s legal team will respect that boycott.

Kasuri further said that when Musharraf missed court hearings due to his concerns regarding security, he was made fun of but yesterday’s attack was an example of the lack of security they were talking about.

On March 4, two suicide bombers and their armed accomplices attacked the district court in Islamabad, killing 11 people, including an additional sessions judge, and injuring over two dozen others.