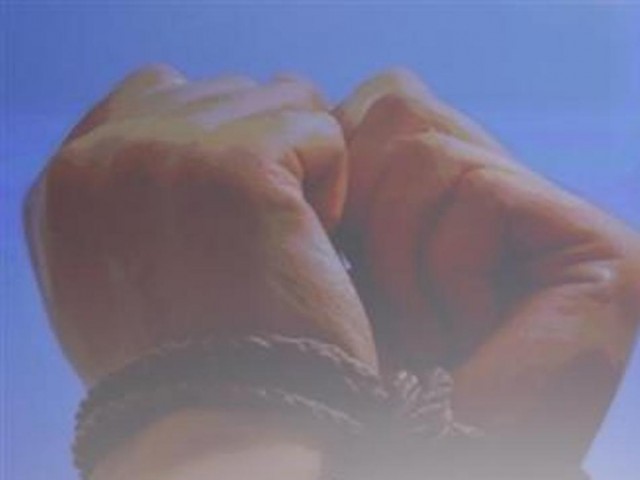 May slip to Tier 2 Watch List; number of most-wanted human traffickers jumped from 89 to 141 in last 4 years. PHOTO: REUTERS

“If it fails to combat human trafficking, Pakistan would become the fourth country in SAARC after Afghanistan, the Maldives and Sri Lanka to be on the Tier 2 Watch List,” a senior official of the Federal Investigation Agency (FIA) told The Express Tribune on Sunday.

Pakistan is struggling to meet the minimum standards of the Trafficking Victims Protection Act (TVPA), which coordinates with foreign governments to prevent trafficking and protect victims. The TVPA is arguably the most important anti-trafficking law ever passed in the United States, the official added.

Currently, TVPA’s Tier 2 Watch List includes the names of 44 countries that do not fully comply with TVPA’s minimum standards: the absolute number of victims of severe forms of trafficking is very significant or is significantly increasing; there is a failure to provide evidence of increasing efforts to combat trafficking. However, the Tier 2 Watch List countries are considered to be making significant efforts to bring themselves into compliance with TVPA’s standards.

“If Pakistan does not make significant efforts to curb trafficking this year, then it may slip to the Tier 2 Watch List — where it might face suspension of financial aid and other certain privileges,” revealed FIA’s acting director general Ghalib Bandesha, while briefing the lawmakers at a meeting of the National Assembly Standing Committee on Interior last week.

The Red Book revealed that a majority of most-wanted human traffickers are from Gujrat and Gujranwala, while the rest hail from Sialkot, Rawalpindi, Mandi Bahauddin, Sialkot and Azad Jammu and Kashmir.

According to senior officials at the FIA, over 7,890 people comprise the nexus of 141 human traffickers. They have illegally sent 8,234 Pakistanis through different routes to the Middle East, European and African countries. The agency has intercepted over 61,200 people at the Pakistan-Iran and Pakistan-Afghanistan borders since 2009. Traffickers are using routes of Gulistan, Chaman, Rabat, Nushki, Chagai, Mand Ballu, Panjgur, Taftan and Turbat, they added. The FIA also issued red warrants for 17 most-wanted human traffickers.

FIA’s former head Zafarullah Khan was of the view that a crackdown was needed against human traffickers under the Prevention and Control of Human Trafficking Ordinance 2002. “We must increase our forces to completely scan all routes to curb trafficking. We should not be a transit country,” he emphatically said.

The TVPA’s minimum standards allowed the establishment of the US Department of State’s Office to Monitor and Combat Trafficking in Persons to provide the tools to combat human trafficking worldwide and domestically.

The Department of State, in its report last year, stated that 29 countries, including the US, the UK, Germany, Australia, New Zealand, Austria, Taiwan, were listed as Tier 1 countries whose governments fully comply with TVPA’s minimum standards. The office included 21 countries as Tier 3, which included Iran, Zimbabwe, Yemen, Zambia, Uzbekistan, Syria, Russia, Saudi Arabia, North Korea, whose governments do not fully comply with the minimum standards.

Standing up for Baloch fishermen