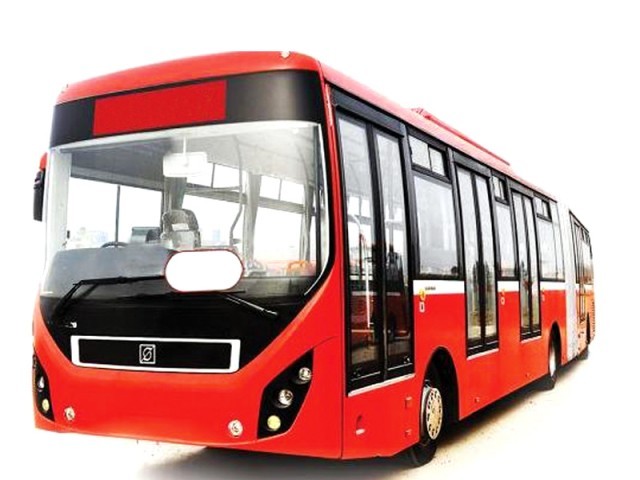 Businesses doubt if they will be compensated; politicians urge government to fix other issues first.

They said if construction of the new road is indispensable then government should go for Rs22-billion Leh Expressway.  The opposition leaders claimed that half of the population of the city is forced to drink contaminated water while hundreds of students at government-run schools are forced to get education without furniture.

However, the government has been terming the project as viable, cheaper and public-friendly.  Former Member National Assembly (MNA) Shakeel Awan said that the project will serve all sections of the society. “Travelling in public transport is the only problem of the residents.

Students will reach their institutes in time,” he said. Criticizing the Leh Expressway project, he said the project was started in 2003 with Rs24 billion. It will now cost Rs75 billion,” he claimed.

Talking about compensating the traders, he said all will get compensation according to market value. The opposition parties termed the project as a gimmick to grab public attention.

“We are unable to understand why the government is adamant on wasting Rs40 billion and destroying businesses of hundreds of people in the name of metro bus project, when there is already an alternative in shape of Leh Expressway,” said north Punjab Pakistan Tehreek-i-Insaaf President Sadaqat Abbasi.

He said that cost of the project would be doubled if it is not completed in 11 months. “The Punjab government promised to complete Marrir Bridge in three-months. But after a lapse of one and half year, it is yet to be completed. How we can believe them now,” he added.

Opposition leader and MNA from Rawalpindi Sheikh Rasheed Ahmad has already rejected this mega project. He said that Leh Expressway is the best alternative, which could be completed with Rs22 billion.

Rawalpindi City PPP information secretary Shujaat Naqvi termed this project as a political gimmick. He said the government should focus on resolving other issues like education, water and health.

Jamat-e-Islami district chief Sajjad Abbasi said his party is not against the metro bus project but at the same time it demands construction of much needed Leh Expressway. “It is a fact that Metro bus is public welfare project but the government should also start work on Leh Expressway to reduce traffic rush on roads,” he added.

Majority of traders said that they have no trust in government’s commitment of compensating them at the market value.

Trader Muhammad Nadeem, who is running a business at the Committee Chowk said that in 2004 during the construction work of underpass then government deprived them of part of their precious property and they have been waiting for compensation money for the last 10 years. “This time, government is all set to raze our shops, who will compensate us, who will provide us money according to the market value?” he questioned.

Traders said that government is going to take 30 to 40 feet space from either side of the road, but in committee chowk they are going to take 150 feet to establish a station. “Instead of setting up a station at the chowk and depriving more than 30 businessmen from their businesses, they should construct it at nearest children’s park,” said Munawar Khan, who runs a fish business at the chowk.  “On the one hand the government is issuing loans for business while on the other they are depriving us of our settled business,” said Zahid Khokhar, who runs a perfume shop.