Party offici­als say option­s should have been kept open instea­d of being unidir­ection­al.
By Our Correspondent
Published: January 29, 2014
Tweet Email 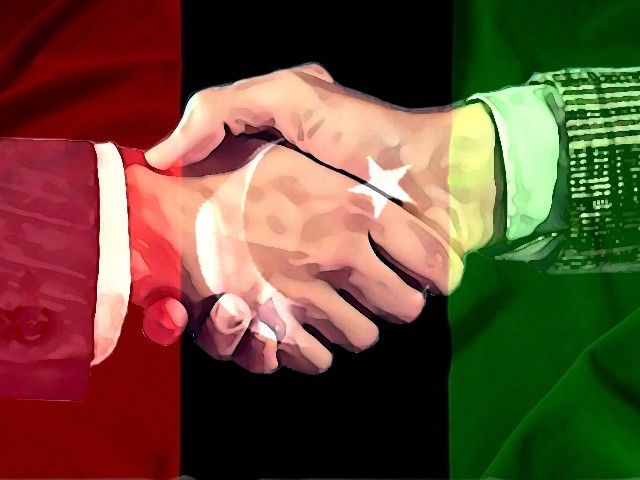 Party officials say options should have been kept open instead of being unidirectional.

PESHAWAR: Pakistan Peoples Party (PPP) officials have voiced their concerns after their leadership formed an electoral alliance with Awami National Party (ANP) and Jamiat Ulema-e-Islam-Fazl (JUI-F) for local government polls. They claimed the party should not have jumped on the ANP-JUI-F bandwagon so quickly.

On Monday, some PPP officials from Peshawar held a meeting at former provincial president Syed Zahir Ali Shah’s residence while party leaders were signing a deal with JUI-F and ANP.

Shah resigned in protest from a five-member party committee formed to discuss electoral adjustment with other parties. The committee has another former president, Rahimdad Khan, as its chairman; while PPP provincial general secretary Humayun Khan, Faisal Karim Kundi and Najmuddin Khan are members.

An insider present at the meeting, while requesting anonymity, told The Express Tribune on Tuesday the majority of those who attended were ex-electoral candidates from Peshawar; no office-bearer attended it. He said they wanted PPP to keep their options open instead of jumping on the ANP boat.

“They should have talked to Pakistan Tehreek-e-Insaf, Jamaat-e-Islami and other parties instead of being unidirectional,” he said, adding they should have bargained for the best deal.

The source said they were aware that party popularity had dwindled after their five-year rule, and a deal should have been made to correct this instead of acting on the orders of high-ups. However, they only wanted to voice their reservations and will follow the party’s decision, he maintained.