I Am Malala: Politicking over pages of child activist’s memoir

I Am Malala: Politicking over pages of child activist’s memoir 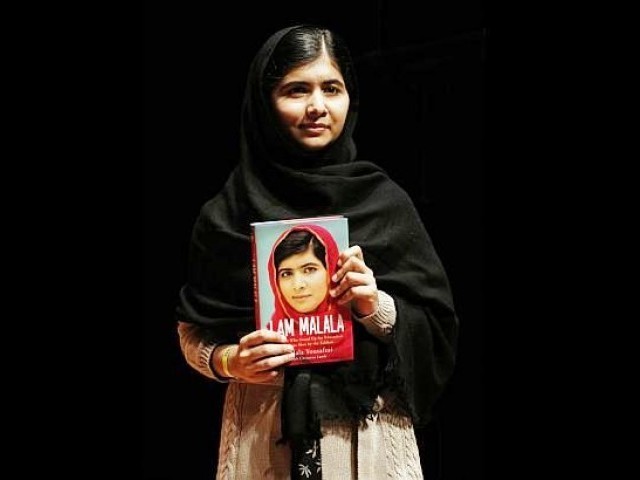 At 10am on Tuesday morning, Imran Khan tweeted that he was at a loss to understand why Malala’s Peshawar book launch was stopped. He said his party, the Pakistan Tehreek-e-Insaf (PTI) believed in freedom of speech and debate, not censorship of ideas.

It was supposed to be a big day for Malala Yousafzai, Dr Sarfaraz Khan and Peshawar University’s area study centre.

They were going to launch her autobiography, I Am Malala, in her home province and instead, Dr Khan spent most of the morning in the hospital dealing with high blood pressure.

Khan, who is the director of the centre, was at the hospital due to stress from the night before when he received phone calls allegedly from two provincial ministers – one from the PTI and the other from its coalition partner, to not proceed with the launch.

He had still planned to go ahead as planned but when the police called and said that they would not be able to provide security, Dr Khan had no option but to cancel.

Initially, I Am Malala, was going to be launched in Peshawar at 10am on Tuesday by the Bacha Khan Trust Educational Foundation in collaboration with the Strengthening Participatory Organisation at the University of Peshawar.

While speaking to The Express Tribune via email, Malala’s father, Ziauddin Yousafzai said that even Faiz Ahmed Faiz and Rahmat Shah Sail’s work had been banned in the country before. “I feel as if we are being dragged back to the caves,” the email read.

The vice chancellor of the university, Dr Rasul Jan, said that he should have been informed of details regarding the event but was not in this case.

He added that due to the current situation in the province, the administration avoids mass gathering on campus. “The launch of this book, however, is of great importance and could have helped create awareness among the students,” he said. “If they [the organisers] had given us prior notice, we would have arranged for maximum security and other details.”

The home and tribal affairs department added that the administration had not imposed a ban on the book and the provincial government was a firm believer in the right of speech and information for its citizens.

Khadim Hussain, the director of the Bacha Khan foundation, said that they had been planning this with the university’s area study department for the last 10 days. He added that the event had been cancelled due to direct intervention from the provincial government.

According to Hussain, Farman and Jamaat-e-Islami MPA Inayatullah had called Dr Khan and told him to cancel the event. He said that when Dr Khan refused to do as they said on the pretext that the university came under the federal and not provincial government, the police superintendent called up saying he could not give them security cover.