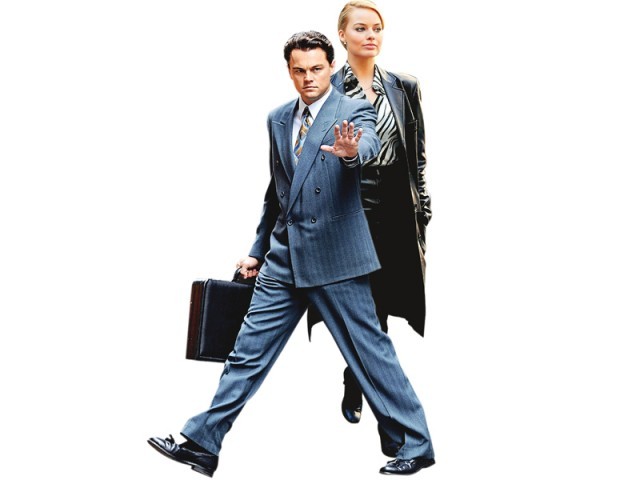 An obnoxious but glorified depiction of a broker’s over-the-top lifestyle.

Martin Scorsese’s latest offering The Wolf of Wall Street has divided audiences into two camps: those who praise the work as a masterpiece of cinematic verve and those who say it glorifies white-collar crime.

While not quite the magnum opus some call it, The Wolf of Wall Street can be a black-hearted comedy, filled with parties, money, corruption and drugs, which oozes energy throughout its three-hour long running time.

The Wolf of Wall Street is based on the memoirs of Jordan Belfort (played by Leonardo DiCaprio), a lying, cheating alcoholic and drug addict who happens to know how to con people out of their money. When his lips are moving, he is lying. Belfort was a New York stockbroker and founder of Stratton Oakmont, a company that engaged in securities fraud and corruption on Wall Street during the nineties.

First off, the performances are top-notch. Leonardo DiCaprio has proven himself to be one of the most versatile and engaging actors of today and in this movie he has managed to evoke compassion and support for a character who doesn’t deserve it. DiCaprio has truly done more than enough in terms of acting to win his Oscar.

Jonah Hill is the standout as Belfort’s psychotic sidekick Donnie Azoff, bringing his comedy skills into the mix. Margot Robbie excels as Naomi, likable and hated at once, and Kyle Chandler plays an FBI straight arrow well, teetering between hero and villain. Also of note is Matthew McConaguhey who plays the Wall Street broker who teaches young Jordan the ropes and conveys the film’s whole message in his Native American style ‘war chant’ before and after a ‘raid’.

As a rise-and-fall story, it has too much ‘rise’ and not enough ‘fall’. Although the real plot should have been Belfort’s actual crimes in Wall Street, the film doesn’t focus much on that. In fact, his victims are never even shown, so the movie just ends up being a series of outrageous parties, and schemes that will keep their fortune and pleasures going. Right till the end, Scorsese does not seem interested in taking the focus away from the glamour.

There’s also a lot of nudity in the movie. The party office scenes are somewhat disturbing, especially the one where they pay a woman to shave her head.

The Wolf of Wall Street is not a film for everyone — it is an over-the-top movie about a larger-than-life character, with big dreams and high hopes. He lived life fully, unapologetically and excessively. It is extremely funny and entertaining for those with ‘the strength to live it.’

• Martin Scorsese just earned his 8th Best Director nomination with The Wolf of Wall Street. The movie is also the 5th of Martin Scorsese’s last six films to score nods for Best Picture and Director, and landed Scorsese his 12th career nomination.

• Leonardo DiCaprio and Martin Scorsese have made five films together. Four of them have now earned Picture and Director nominations.

Samra Muslim is a digital marketing professional, an avid reader and a movie buff. She tweets @samramuslim