All Bit, No Coin

All Bit, No Coin

The promis­e of a digita­l curren­cy and how it can transf­orm the world.
By Adnan Rizvi / Muhammad Adil Mulki / Creative: Kiran Shahid
Published: February 2, 2014
Tweet Email 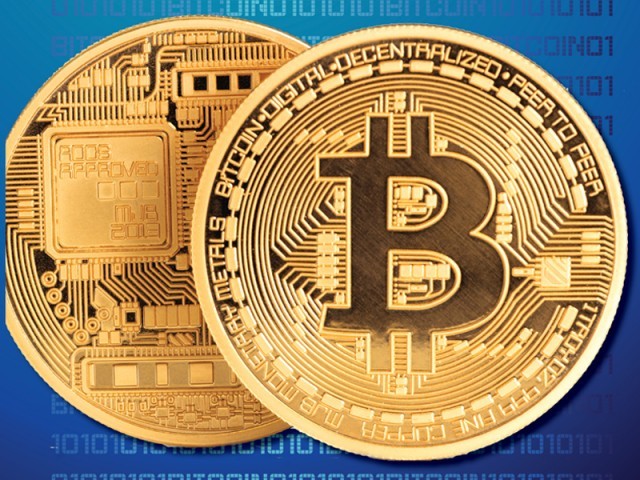 The promise of a digital currency and how it can transform the world. DESIGN: KIRAN SHAHID

The idea that money would be virtually mined in stoic computer laboratories in Iceland, Hong Kong or Washington State would have seemed outrageous up until a few years ago.

Now, it is this very fact that future money markets may be built on. It is inside these whirring custom-built silver computers, performing complex algorithms 24-hours a day that future wealth is created in the form of Bitcoins — a digital currency that enables transactions between two parties without any physical exchange of money.

Not too long ago, the world was a much simpler place. Barter was the primary mode of exchange, where people used to trade wheat for milk and milk for clothes. However, once people’s needs stopped coinciding, they felt the need for a mutually accepted medium of exchange.

Money took many shapes from valuable goods to seashells (cowries) and salt bars to precious metals such as gold and silver. For authentication purposes, the metal pieces were minted into prescribed shapes called coins. With time, the value of coins was assigned to paper notes and for over a millennium, that is where the buck stopped. It was after World War II that a major change was seen and plastic money in the form of modern credit and debit cards really took off. More recently, in 2009, Satoshi Nakamoto changed the ballgame completely by coming up with a digital currency called the Bitcoin. Even though Nakamoto’s identity remains unknown, the significance of Bitcoin as the future of money can hardly be disputed.

How the Bitcoin works

The simplest way to understand how a Bitcoin works is to think of it as a computer code that acts as a currency. An even simpler explanation is to think of it as the farm coins or farm cash that is used to purchase commodities on the popular online game Farmville. However, its growing acceptability in the world on a global scale makes it a real world currency. Being much more secure and easier to carry as compared to other international currencies further adds to its value.

Since it is a peer-to-peer cryptocurrency, all transactions are recorded and made available for everyone else to see. This universal record of transactions is called the ‘Block Chain’ or ‘The Ledger’ and is shared by the web, which allows one to authenticate all Bitcoin transactions and eliminate the bogus and counterfeit ones. So, if someone trying to send you Bitcoins does not have them recorded on the ledger, then you should beware, as they probably do not exist. Theoretically, Bitcoins can be counterfeited or spent twice but one would need to have an astronomical amount of computing power at their disposal to pull that off.

Bitcoins can be obtained through three major means. The first one is mining or making Bitcoins, which requires a considerable computing power, a lot of hardware and monetary capital. However, there is a catch here as the Bitcoin money supply rises gradationally. With an upper ceiling of 21 million coins, which translates into roughly 25 Bitcoins being produced every 10 minutes, this limit will be exhausted by 2140 at the latest.

Bitcoin miners are crucial as they not only maintain ledgers but also provide the virtual money that is sent across. Miners deploy high-end computer systems to verify Bitcoin transactions and earn their share of virtual money. As more and more miners turn to this line of work due to the surge in its value, it adds to the time and complexity of the work. The only way of working around this problem is by investing in stronger computing power.

The second is to purchase Bitcoins from exchanges where various currencies can be traded for this virtual money while the third is to sell your products or services online in exchange for Bitcoins.

Bitcoin transactions mention the payer’s Bitcoin address, receiver’s address, number of Bitcoins and a timestamp. They can be saved in ‘wallets’ in the form of ‘private key’ software codes that are a series of alpha numeric characters. Wallets can be stored online or on a laptop while a hardcopy of the code can also be printed for storage purposes. However, if Bitcoins are stored in a wallet or on a machine, which gets damaged or lost, the coins are gone forever.

Bitcoins are not regulated by any central authority, which means that they cannot be controlled by any government and their total circulation cannot be increased or decreased at any single entity’s discretion. New Bitcoins are being mined by the network at a rate that is a factor of total computing power on the network and once the total number of Bitcoins reaches 21 million, the mining of new coins will cease automatically. On the other hand, other currencies can be created simply through printing, thus causing inflation.

The price movement in Bitcoin has been nothing short of spectacular. If you had invested in Bitcoins at the beginning of 2013, you would be holding currency with a value appreciation of more than 6000% at the end of the year. No other stock or commodity is capable of generating this kind of strikingly impressive return. However, this abnormal movement also underlines the speculative nature of Bitcoins, which has witnessed multiple booms and busts in its short life span of three and a half years.

The Bitcoin value first stretched out in June 2011 when it reached $22.21 for a Bitcoin. Then followed a bust and Bitcoin bottomed out to $2 in November 2011. However, 2013 proved to be extraordinarily fruitful and witnessed a massive surge in value. Even though March 2013 saw a temporary glitch in the Bitcoin software which resulted in a slight dip in the value, the general trend remained upwards, with Bitcoin value eventually touching four digits.

The boom and bust in Bitcoin value during 2013 resulted in massive media coverage, increased market knowledge regarding its existence and a gradational rise in circulation volume. Currently, it has an average weekly price of $945 on the largest exchange. But its volatility also makes it an obscure investment option as any investment that frequently loses or surges 50% in a day can be treated as a risky speculative tool. However, it appears that 2014 maybe the year when Bitcoins are finally accepted as a real currency as the media buzz around it finally settles down and its user network expands from hardcore tech gurus to a larger circle of retailers and buyers.

In November, 2013, during a US Senate hearing, law enforcement and securities agencies said that Bitcoin could be a legitimate medium of exchange, prompting a sharp increase in its value that rose to $1200. A month later, People’s Bank of China, rescinded Bitcoin as a currency, citing customer concerns and barred it from being used in the markets. This prompted large Chinese retailers to stop taking Bitcoins and led to huge decline in its value. The trend is suspected to continue in the future as well as central banks around the world are expected to remain an arch rival of any virtual currency since it challenges their position as a money repository.

Bit-ing off more than you can chew?

Even though Bitcoins are starting to gain acceptance globally as a legitimate medium of exchange, it may be years before it can find ground in Pakistan. A lack of awareness, trust and no official government stance on this digital currency are the primary reasons behind this lag. At present, only authorised dealers and moneychangers can buy or sell foreign currencies in Pakistan. Code lists of foreign currencies provided by the central bank do not include Bitcoin as a currency. Faisal Khan, a payments expert and tech guru says, “At present there is no official stance on Bitcoins in Pakistan. However, there is no cost on Bitcoin transactions and that makes it a very attractive prospect.”

Currently, the country is struggling with even basic online payment systems. “Due to the absence of PayPal in Pakistan, it becomes next to impossible to receive payments for services rendered online,” says Ali Ahmed, a freelance software developer in Karachi. Unfortunately, Pakistani freelancers are at a loss and have to rely on alternate channels to get their hard earned money remitted and often end up paying huge commissions in the process. Widespread and legal use of Bitcoin in Pakistan is one option for which they are keeping their fingers crossed.

“There is much skepticism surrounding Bitcoin due to its alleged usage in global money laundering activities. This also makes the digital currency very volatile. I do not see it being considered a serious investment avenue by the big boys of the local financial landscape anytime soon,” says Khurram Khan, an investment banker.

According to Senator Mushahid Hussain Syed, the chairman of the Senate’s committee on Defence, certain initiatives have been undertaken recently on cyber-related issues, particularly cyber security, and a cyber security task force has also been launched. While Hussain made references to Bitcoin, no specific policy plan has been discussed yet. He said that any input on the subject is welcome from the private sector.

Despite their immense potential, the lack of regulation around Bitcoins might jeopardise its growth in the future. The dubious origin of the currency and the lack of information about Satoshi Nakamoto has created skepticism among some investors. But some like Khan dismiss that concern. “The argument that Bitcoin is anonymous is not entirely true. Bitcoin is pseudo-anonymous. There is a general ledger that is open for all to see. The wallet IDs can be associated with our CNICs and the transparency mechanisms required by State Bank of Pakistan can easily be met,” he says.

Given its impunity from government oversight, regulation and taxation, Bitcoins are also a lucrative option for money laundering and other illegal activities. Silk Road, a global online business that was launched to cater to criminal transactions and accepted payments in Bitcoins to remain off the radar is one such example. Besides other activities, the main business of the site was to facilitate online trade of drugs, including heroin. In October 2013 Silk Road was shut down by FBI and its Bitcoins worth $28 million were ceased.

Interestingly enough, Khan retorts, “Which currency in the world is not used for money laundering or illegal transactions? Does that mean the currency should be banned? Mechanisms can be put into place in order curb illegal use.” Perhaps, once these questions are asked and answered on a larger scale, Pakistan may also emerge as a player in the virtual currency arena.

Adil Mulki is a Certified Information Systems Auditor, works for a private bank and is interested in the outdoors, wildlife and science. He can be reached at vagabonds.odyssey@gmail.com
Adnan Rizvi is a banker and an investment analyst.
He tweets @syedadnanrizvi