A simila­r activi­ty was held in Karach­i last year.
By Our Correspondent
Published: January 24, 2014
Tweet Email 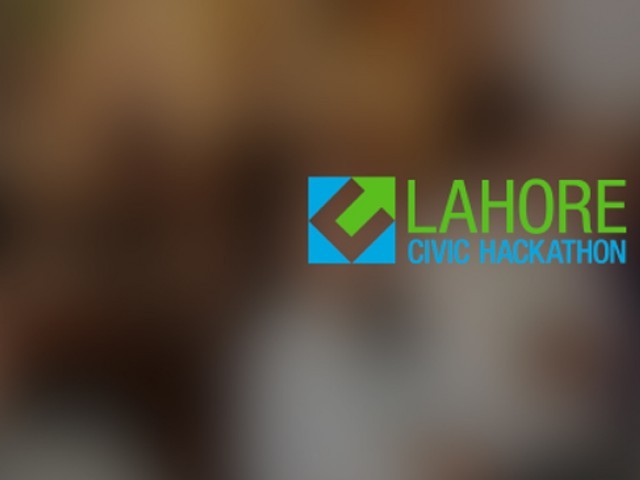 In Lahore, over 270 applications were received in response to the call for entries. PHOTO: facebook.com/CodeforPK

Over the next 72 hours the Smart Lab at the Lahore University of Management Sciences’ School of Science and Engineering will be buzzing with tech-energy as innovators, programmers, designers and community organizers join forces to combat the problems plaguing Lahore.

The Lahore Civic Hackathon, will open on Friday. Organised by Code for Pakistan, it is the first event of the kind in Lahore.

A similar activity was held in Karachi last year. The hackathon is the brain child of 34-year-old Sheba Najmi, a 2012 Code for America Fellow with a 6-year-stint at Yahoo! It aims to empower people to ‘fix things on their own’.

“Majority of the problems we face are not entirely technological in nature…they are human problems. That is precisely what we want to address…provide technological solutions by understanding human needs” Najmi told The Express Tribune, ahead of the event.

Najmi said that the amount of innovation visible in the private sector was not evident in the public sector. “As citizens we can use our awareness of civic issues and combine them with our diverse skills to create solutions for ourselves, even if the government cannot”, she said.

She has based the local version of civic hackathons on her experience at Code for America, where she partnered with local city governments. She said she had tested its practicality and gauged public interest for four months. Finally in April last year, the first event was held in Karachi. Six days after registration opened, the event had received more than a 100 applications.

In Lahore, over 270 applications were received in response to the call for entries. Najmi said that only 30 per cent of the applications could be accepted due to space constraints.

She said that many people including some of the applicants did not know what a civic hackathon was. She said it was usually a two or three day event where programmers, innovators and designers, among others, gathered to create prototypes of web and mobile applications. They showcased ideas and aimed to provide solutions to problems in the public sphere. The organisers encouraged participants to create open source solutions. This facilitated contributions by more people who could add to the code to make it more effective. Najmi said the open source community was not much developed in Pakistan.

Hackathon teams in Lahore will be working on problems, like mechanisms to report on city facilities, information to share relief efforts, online applications to map crime, criminal identification, facilitating car pools and promoting literacy through mobile phones and billboards.

The five judges include assistant professors from the computer science department at LUMS. There will be 13 mentors, including Google Pakistan Country Consultant Badar Khushnood, campaign manager at Alif Ailaan Salman Naveed and members of the LUMS’ Technology for People Initiative.

The event also aims to launch a Lahore Brigade on the last day of the event to continue civic hacking through networking established in the process. It is to be followed by a similar activity in Peshawar next weekend.