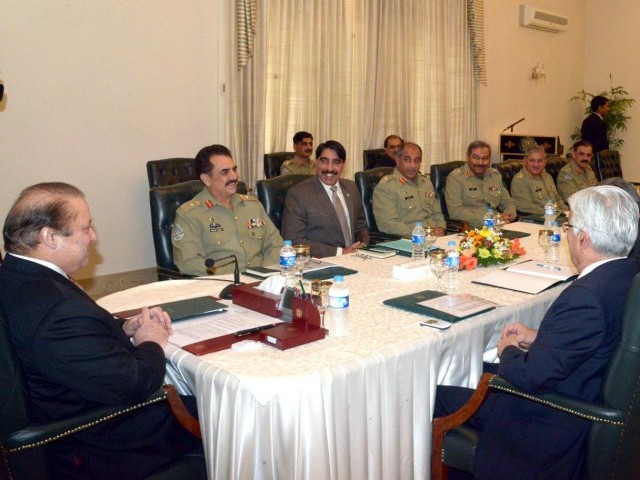 ISLAMABAD: The government has decided in principle to launch a military operation against groups attacking  the nation and killing thousands of citizens for many, long years, Express News reported on Thursday.

Prime Minister Nawaz Sharif is expected to make a Parliamentary announcement of the operation in the coming days.

As General Raheel briefed the Prime Minister about the current security situation, Nawaz directed the army to come up with a complete operational plan, for which the army requested a few weeks of time.

Sources told Express News that the operation will target militant hideouts in North Waziristan, and all groups working against the state.

Officials at the meeting also discussed if the army should deal with possible reactionary attacks in the cities. Responsibilities of the Interior, Finance and Information Ministries toward the operation were also laid down.

As army officials described the location and status of various safe havens, the prime minister told the army to come up with a complete plan for the operation and then approach the government.

He assured the army that they will be extended every possible assistance.