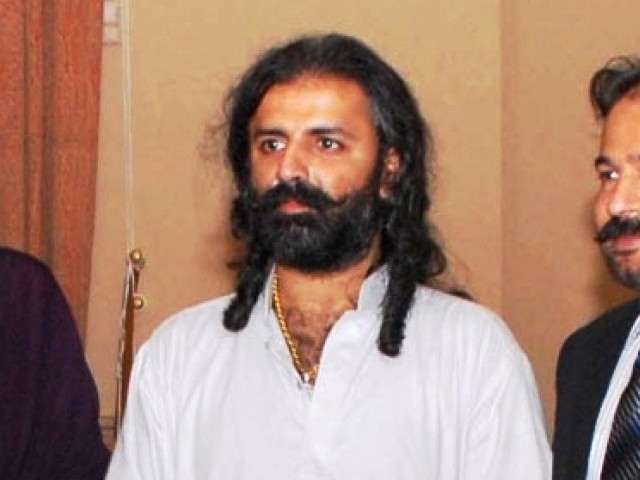 As many as 12,000 internally displaced Bugti families, including women and children, led by Nawabzada Shahzain Bugti, grandson of the late Nawab Akbar Bugti, staged a sit-in on the national highway in Kashmore district when law enforcement agencies barred them from proceeding to their hometown in the Bugti Tribal Territory on Sunday.

The families spent the night under the open sky with no tents and barely any rations, and spent the day blocking the highway which connects Balochistan to Sindh and Punjab. The convoy was stopped about 90 kilometres from Dera Bugti, where the families protested with their utensils and livestock in tow. While Shahzain marched from Quetta with hundreds of families, others temporarily residing in Punjab, Sindh and interior Balochistan had joined the convoy.

Balochistan levies personnel, police and Frontier Corps were deployed near Kashmore to stop the convoy from proceeding towards Dera Bugti.

“The federal and provincial governments have promised to rehabilitate the internally displaced Bugti families since they came to power. Now, we are not being allowed to enter our hometown,” Shahzain told reporters. “We have children and women in our convoy and had to spend the night in the cold.”

Shahzain, the provincial chief of his own faction, the Jamhoori Watan Party (JWP), said he would rather surrender before law enforcement agencies if the families are not allowed to return to their homes. “It is our right to live in our home and no one can stop us.”

He said many families have returned to Dera Bugti in recent times and residing there peacefully. “There is no security issue or tribal disputes,” he said.

Local administration officials say a strategy needs to be devised in order to rehabilitate the displaced families in an appropriate way, as the process involves scores of problems ranging from not having enough houses to security risks given the tribal disputes.

“Shahzain is in contact with me and negotiations are under way. It would have been better if the Bugti families had consulted the provincial government and departed with a proper plan,” Home Secretary Asad Gillani told the The Express Tribune. “The convoy was stopped because there are scores of issues. There are around 12,000 families; they do not have enough food, tents and other necessities. There is also a tribal dispute. We cannot take such security risks.”

Despite the administration’s pleas, the displaced families have decided to continue their protest until entry into their homeland is allowed.

Thousands of Bugti tribesmen were displaced during a military operation in the Bugti tribal area ordered by then president General (retd) Pervez Musharraf in 2005. Tribal chieftain and former chief minister and governor of Balochistan Nawab Bugti was killed along with his comrades during the military action.

The home secretary said that Shahzain has been asked to come on the negotiating table with the administration or political leadership. However, the tribesmen continued the protest until the filing of this report.

Barriers to education: Of frozen backsides and neglected schools