‘The population of Karachi has doubled in 15 years’

‘The population of Karachi has doubled in 15 years’ 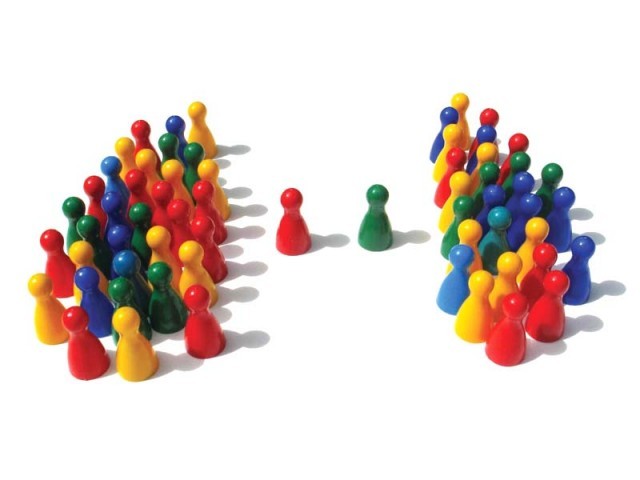 All the speakers decried the scarcity and lack of availability of official data to back up their personal research and speculations. PHOTO: FILE

KARACHI.: The law and order situation notwithstanding, the erstwhile capital of Pakistan has been the most generous recipient of migrants since the time of Partition, according to experts at the recently concluded South Asian Cities Conference that was held in Karachi January 9 to 12.

While moderating the ‘Demographics and Migration’ session, Dr Mehtab Karim revealed that the last census of the city in 1998 declared Karachi’s population to be around 9.2 million. The eminent demographer then presented his own as well as the UN’s calculations that estimate the current figures to have exceeded the 18-million mark in a space of just 15 years.

“There are three major demographic factors to the increase in urban population growth,” said Karim. “They include declining mortality, substantial migration to cities from rural areas and the initial tendency of rural migrants to continue having large families.”

“Every three years, a million people migrate from other cities and rural areas to Karachi alone. The speed of the urban population growth in Karachi is so exponential that from being 12th on the list of fast-growing cities [population-wise] in 2000, we are now on the fifth place according to the UN.”

He went on to explain that out of the 6.5 million people who came from India after Partition, 40% of refugees settled in Karachi, a considerable addition to the city’s population.

Meanwhile, one of the panelists, Asif Bajwa, emphasised the need for the law to clearly define the term ‘urban areas’ in order to conduct a clear census that should have been held in 2008.

“The 1971 local government ordinance defined urban areas as ‘whatever the government may declare’,” said Bajwa, chief statistician in the Pakistan Bureau of Statistics. “The statement is vague at best; it needs to be narrowed down to denote the very characteristics of urban areas that can help us deliver precise statistics.”

Another speaker, Haris Gazdar, enlightened the audience on the multi-ethnicity of Karachi as a result of migration from other cities of the country as well as the arrival of refugees from Afghanistan.

“While the Urdu-speaking people do constitute a sizeable proportion of Karachi’s population, that ratio is steadily going down as other ethnicities [Punjabis, Sindhis, Pashtoons, Baloch and others] are becoming more prominent.”

All the speakers decried the scarcity and lack of availability of official data to back up their personal research and speculations. The unanimous agreement of the panel was that the long-delayed census should be held as soon as possible in order to assist urban planning